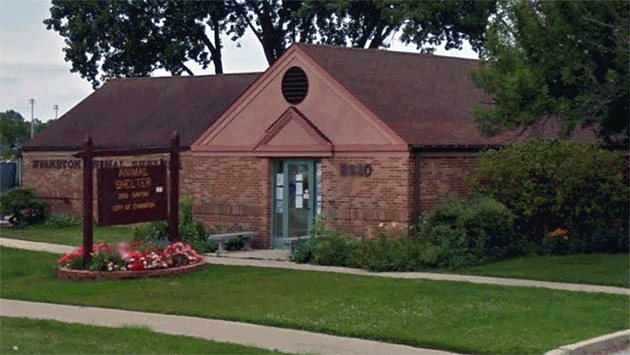 Evanston officials plan to apply for a grant from Cook County that could help fund a new animal shelter here in return for agreeing to take animals impounded by the county.

City Engineer Lara Biggs said the county is seeking proposals for grants totalling $8 million that would be distributed to at least two facilities — one in the northern portion of the county, the other to the south.

Biggs told aldermen at the Human Services Committee meeting Monday night that the existing animal shelter building is too small and doesn’t meet current code requirements for a shelter.

A new shelter has been on the city’s wish list for years, but a lack of funding has kept the project from moving forward.

Biggs says that if the county approved a grant proposal from Evanston it could go a long way to funding a new shelter that might be double the size of the current single-story 3,000 square foot building.

She said staff has considered expanding the existing shelter but that its design and location don’t an addition very feasible.

She says the shelter now handles more than 500 pets a year and that the county — which impounds animals found in forest preserves and unincorporated areas of the county — would likely provide about 150 more.

Alderman Judy Fiske, 1st Ward, said the 175 volunteers now running the shelter for the city have been doing an extraordinary job, but that a new facility would be a wonderful addition.

One issue would be finding a temporary location for the shelter while a new one was under constrction. Biggs said she believed the cats might be moved to a vacant city-owned storefront, “but we’re still working on how to handle the dogs, which require more space and are more active than cats.”

Biggs said Cook County Commissioner Larry Suffredin of Evanston has sent a letter to the head of the county’s animal control program supporting providing the grant funds to Evanston.