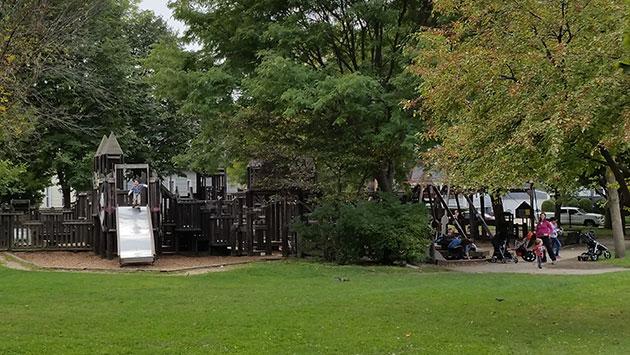 Evanston aldermen tonight are scheduled to award a contract to complete the redesign of Penny Park, amid some anxiety about the project from some neighborhood residents.

The existing wooden playground facilities in the park at Ashland Avenue and Lake Street were built in 1991 with community volunteers, and the city plans to bring back the same firm that helped lead the volunteer effort then to do the rebuild next year.

That firm, Leathers and Associates, has designed thousands of parks across the country using the community building process over more than four decades.

And the city has already brought the firm back to develop a preliminary design for the park upgrade project with three commuity meetings over the past year and a half.

The new contract, for just under $39,000, covers the final design and construction supervision and envisions completing the design by January, two additional community meetings to refine the design in February and May, and then construction next August.

The total cost of the project, including construction work, is expected to be just over $451,000.

Some neighbors, including Lauren Barski, who lives across from the park on Florence Avenue, have objected to the plan to replace the existing wood play structures with ones made of plastic.

But at a 2nd Ward meeting Thursday Public Works Director Suzette Robinson showed an example of the composite material from Bedford Technology that Leathers now uses for its projects.

She said lumber, created from recycled plastic, is "very close to a wood color and from the street will look very similar."

Robinson added that the plastic material is more durable than wood and in compliance with current standards for playground safety.

Robinson said the existing wooden structures are decaying where they're in contact with the ground and it "wouldn't be prudent" to wait until they actually fail before making replacements.

She said leaders at Leathers have told her the park has exceeded its expected life and that Penny Park is one of the oldest playgrounds they've worked on that is still being used in its original form.

Neighbors concerned about the park project have set up a website, preservepennypark.com, and circulated fliers in the neighborhood last week urging residents to attend tonight's council meeting.

Another speaker at the ward meeting objected to the separation of toddler and bigger kids' play spaces in the new design, but Robinsons said the city's recreation staff believes that's a good choice — because the two age groups "sometimes don't play well together — even when it's siblings in the different age groups." 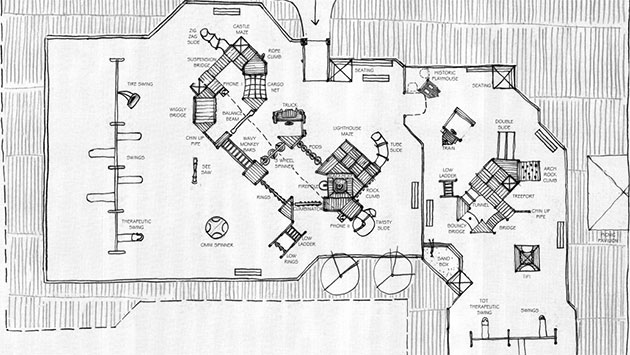 The preliminary sketch of a new Penny Park layout, from the city website.

He noted that supporters of the new Grandmother Park at 1125 Dewey Ave. raised $200,000 for that project.

"We can do the same with Penny Park and Harbert Park" another park in the ward, Braithwaite added.

He noted that some residents have said they'd like to see a restroom facility in Penny Park — but that's not included in the current project budget.