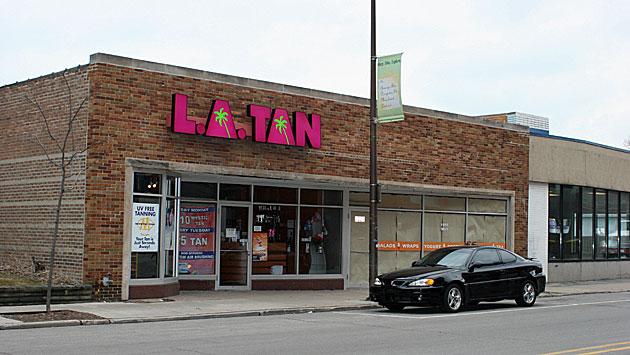 Evanston aldermen tonight will be asked to spend $1.4 million to buy a building at 1223-25 Chicago Ave. to be used as a parking lot for the planned new Trader Joe's supermarket.

The developer of the Trader Joe's, on the site of a former Blockbuster video store at 1211 Chicago Ave., has had the property just to the north under contract to purchase for that price since last fall. That building now houses an L.A. Tan salon and a shuttered restaurant.

Funds for the purchase would be taken from the city's parking fund.

A staff memo proposing the purchase says the city anticipates reaching an agreement with the developer for maintenance and operation of the parking lot, and it suggests that the city could receive additional revenue from overnight parking in the lot.

The proposed Trader Joe's, the memo claims, is likely to generate between $395,000 and $541,000 in property, sales and liquor tax revenue annually for the city.

There was no estimate in the memo of how much revenue the city might realize from the new parking lot or what the cost of demolishing the existing building would be, but the memo suggests that the lot would help reduce parking congestion in the neighborhood that might otherwise be created by the new store.