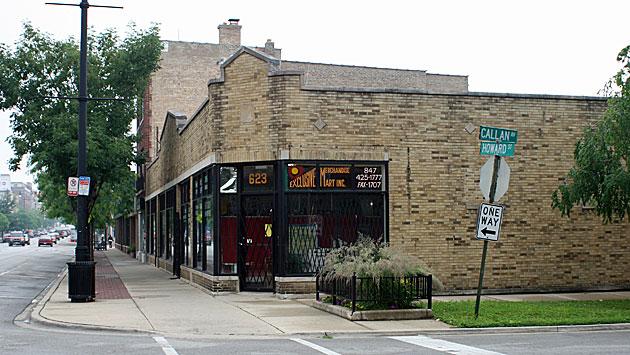 Evanston aldermen tonight are scheduled to approve the city's purchase of a third commercial building in the stretch of Howard Street between Ridge and Chicago avenues.

The remainder of that block is occupied by an auto parts store, long a fixture on Howard, which recently received funds from the city to upgrade its facade, and the city's police outpost at 633 Howard. 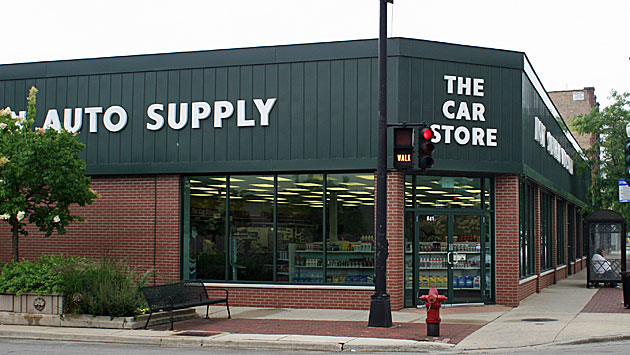 Top: 623 to 627-1/2 Howard Street. Above: The recently remodeled auto parts store at the other end of the block.

The other Howard Street property already acquired by the city, for up to $325,000, is at 727-29 Howard Street, which is currently being considered as a possible new home for the Polarity Ensemble Theatre.

Funding for the latest acquisition is to come in the form of a loan from the city's economic development fund to the Howard-Ridge Tax Increment Financing District with repayment to take place from the TIF over the next 10 years.

Update 6/29/11: Aldermen approved the purchase Monday night on a 7-2 vote with Aldermen Fiske and Wilson voting no. More details in our City Council recap.