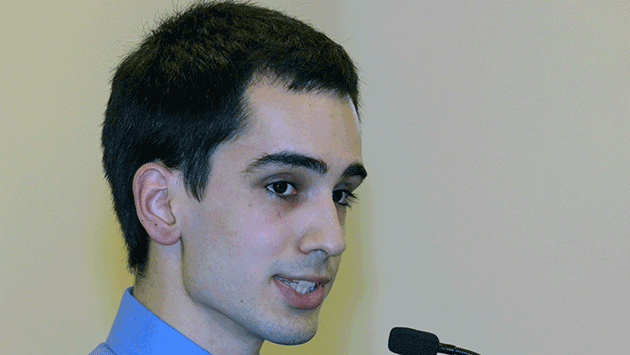 Alderman Judy Fiske, 1st Ward, requested the issue be sent to the committee after NU Senior Marko Pavisic made a series of reform proposals during public comment at Monday's City Council meeting.

In 2011 the City Council directed police to issue only traffic-ticket style violation notices for possession of less than 10 grams of marijuana. That leads to the cases being heard under the city's administrative adjudication process rather than in Skokie district court, and violators found guilty are not subject to incarceration and don't end up with a criminal record that can interfere with their job prospects.

Pavisic, an activist with the group Students for Sensible Drug Policy, suggested that the city raise that limit to 30 grams of pot and also apply the administrative adjudication approach to possession of small quantities of other commonly used illegal drugs.

He suggested that a similar approach of eliminating incarceration for personal-use quantities of drug possession in Portugal over a decade ago reduced problemaic drug use, overdose deaths and HIV infections and led to more drug users seeking voluntary treatment.

The committee is likely to discuss the issue at a meeting in April or May.

After the recent policy change went into effect, tickets issued by Evanston police for marijuana possession increased 64 percent — from 119 in 2011 to 195 in 2012 — while the number of possession arrests declined 27 percent — from 147 to 108.