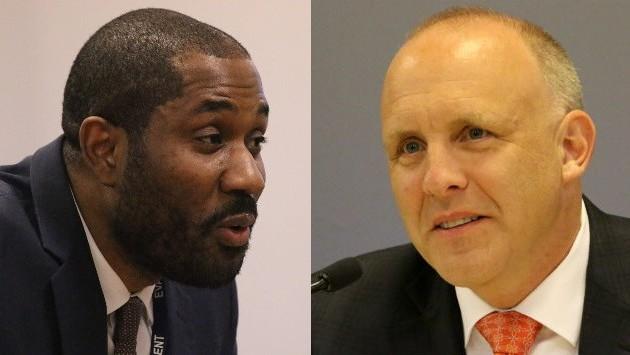 Evanston Mayor Steve Hagerty and Health Director Ike Ogbo will hold another question and answer session on the COVID-19 pandemic at 11 a.m. today on Facebook Live — as cases locally have risen to 10 among Evanston residents and six among staff at Northwestern University.

The sixth infection at NU was announced late yesterday and brought to four the number of people who work at the Kellogg Global Hub who are suffering from the disease. The other persons affected work at the registrar’s office and at Annenberg Hall.

The number of confirmed cases among Evanston residents doubled on Wednesday and include two cases among residents of the Three Crowns Park retirement community.

The economic effects of the novel coronavirus crisis continue to be felt in the city with many retail shops closing and restaurants either closing or switching to delivery and carry-out only models.

On Wednesday in Oak Park, one of the few other Illinois municipalities that, like Evanston, has its own health department, the health director announced a shelter-in-place order for local residents to take effect Friday and last through April 3 after one COVID-19 case was reported in the city, and shortly after the village president declared a local state of emergency that cleared the way for the shelter-in-place order.

The Oak Park shelter-in-place order prohibits “all public and private gatherings of any number of people occurring outside a single household or living unit” but also provides a lengthy list of exceptions.

Mayor Hagerty issued a state of emergency declaration on Sunday, when Evanston had two COVID-19 cases, and city officials have been urging residents to generally stay home and practice social distancing when they go out, but so far have not moved beyond that to a shelter-in-place order.

We plan to carry the Q&A session live on Evanston Now’s home page. It will also be available on the city’s Facebook page, on cable Channel 16 in Evanston and on the city’s YouTube channel.

If you’d like to pose a question in advance for the mayor or health director to answer during the event, you can do it here.

Here’s a replay of the video from the Q&A session.