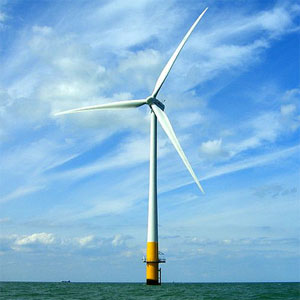 The proposal, approved on a 5-2 vote with two aldermen absent, authorizes the mayor to seek to have an Evanston resident appointed to a state offshore wind energy panel that would be established if Gov. Pat Quinn signs a bill now on his desk.

It also authorizes city staff to seek grant funding for a possible floating meteorological station in the lake that could determine the strength and consistency of offshore winds.

And it authorizes formation of a new windfarm committee composed of citizen volunteers, or continued life for an existing committee, to continue researching the windfarm concept.

"The city has no authority to authorize any windfarm project in the lake," Wilson said. That decision, he added, is going to be made in Springfield. "We might as well be talking about building a windfarm in Canada. We don't have that power."

Wilson said city staff has plenty of other work to do. "If staff is going to be preparing grant applications, I want them doing it for the water plant and other current needs," Wilson argued. "The world should know that we're open to the windfarm concept. But that's it."

But Alderman Jane Grover, 7th Ward, said further research is needed to determine whether a winfarm is appropriate for Evanston.

"I don't know whether I'm for or against a windfarm, because I don't have enough information yet. That makes it our duty to go get more information," Grover added.

Alderman Judy Fiske, 1st Ward, said she was concerned about opening up the lake to private development.

She said the state is getting lots of energy from land-based windfarms in central Illinois and costs for a windfarm in the lake seem to be prohibitively higher.

Alderman Delores Holmes, 5th Ward, said she was concerned about costs — but that if it was just the time of the city's sustainability coordinator, "who's supposed to be doing that sort of stuff anyway," then she didn't believe that further windfarm research would impose any additional costs.

City Manager Wally Bobkiewicz said most of the cost has been the time of the sustainability coordinator, Catherine Hurley. "We have no additional staff dollars available beyond her salary to do it," Bobkiewicz said, "But there are only so many hours in the day and week. And we do have other projects for her to work on. So it becomes a matter of priorities."

The vote followed a lengthy public comment session in which roughly two dozen people spoke on the windfarm issue. Speakers — many of whom were members of the windfarm committee — were divided on the issue but most spoke in favor of continued research on the subject.