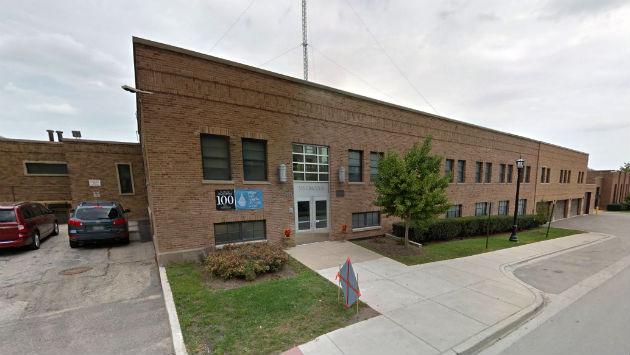 Evanston aldermen Monday are scheduled to vote to name a building at the city’s water plant for retiring Mayor Elizabeth Tisdahl.

Tisdahl, who was instrumental in the city’s plan to raise new revenue by expanding the city’s water service to additional communities, will preside for the last time at Monday’s City Council meeting. 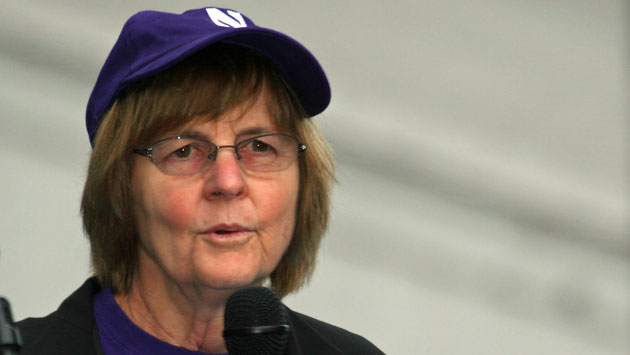 The mayor, who was also instrumental in improving relations with Northwestern University, wearing an NU cap at a Paint-It-Purple pep rally in 2011.

She’s served two four-year terms as mayor and previously spent six years as 7th Ward alderman. Before that she served on the Evanston Township High School board for 12 years.

Over the past few years the Council named the Civic Center and the center’s Council Chambers and Aldermanic Library for Tisdahl’s three immediate predecessors as mayor.

The resolution says the 1963 Water Filtration Building within the portion of the water plant that’s located at 555 Lincoln St. will get the Tisdahl name.

Recently signed agreements with Morton Grove and Niles are expect to bring Evanston nearly $70 million in net new revenue over the next 40 years. The city also is renegotiating its water sales agreement with Skokie and anticipates signing one with Lincolnwood as well.

The water sales deals were made possible after Chicago dramatically raised the rates it charges its suburban customers.

The Council also has on its agenda a vote on the 831 Emerson St. planned development project, but it’s believed action on that will be postponed until the first regular meeting of the newly elected City Council on May 22.

Members of the newly-elected 80th City Council are scheduled to be sworn in during their ceremonial first meeting at 7 p.m. Monday along with the new mayor, Steve Hagerty, and the new city clerk, Devon Reid.