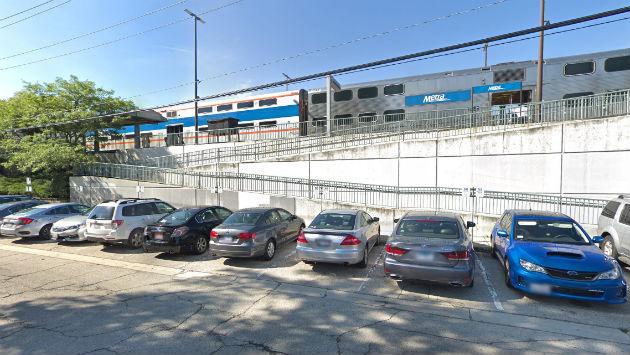 The City of Evanston plans to try again this fall to figure out how to use a variable pricing model to maximize parking income from out-of-town sports fans attending Northwestern University football games.

Interim Parking Manager Michael Rivera told the Transportation and Parking Committee Wednesday night that In 2017, when the city charged a flat 25-cents an hour to park in the 217-space parking lot next to the Metra tracks on Poplar Avenue a couple blocks from Ryan Field, the city collected just $2,514 in parking revenue from the lot on the seven football game days.

Last year, in its first experiment with demand-based pricing, it charged a flat $40 fee, but let all Evanston residents park in the lot for free.

That exception for home-town fans meant the city had to hire an outside firm to determine who qualified for the free parking rate, so while the city increased its gross parking yield for the seven game days to $12,184 — after subtracting the $8,400 cost of hiring the extra help, it netted just $3,784 — or only 50 percent more revenue than with the previous flat-rate scheme.

This year city staff is proposing to change the resident exemption to only apply to people driving cars for which they’ve paid the Evanston wheel tax.

That will let the city use its regular parking enforcement staff equipped with license-plate reading vehicles to patrol the lot for violations on their regular shifts, eliminating the extra staffing cost.

Alderman Eleanor Revelle, 7th Ward, suggested the city should vary the price depending on the crowd expected for each game. She said she understood St. Athanasius Church was getting $50 for parking in its lot for the most popular games, and Rivera said a Boy Scout group was getting $40 or $50.

But he conceded that the city averaged only 25 to 30 percent occupancy on average in the Poplar lot on game days, and Revelle suggested the city should reduce the rate, perhaps to $20, for the less popular games.

It was unclear from the discussion how many Evanston residents took advantage of the free parking option last year. But assuming all the spaces were occupied on all game days by paying parkers at an average rate of $30, and there were no extra staffing costs, the city might net as much as $45,000 from the Poplar lot over a seven-day football season.

That would be about 18 times what the city brought in on game days two years ago.