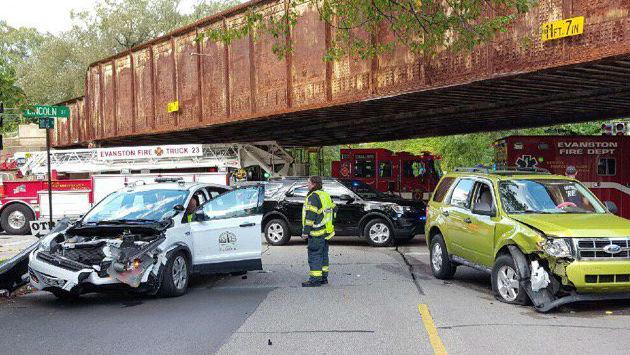 Traffic accidents involving Evanston city vehicles rose nearly 18 percent last year, compared to the average of the previous four years. But they appear to be declining so far this year. 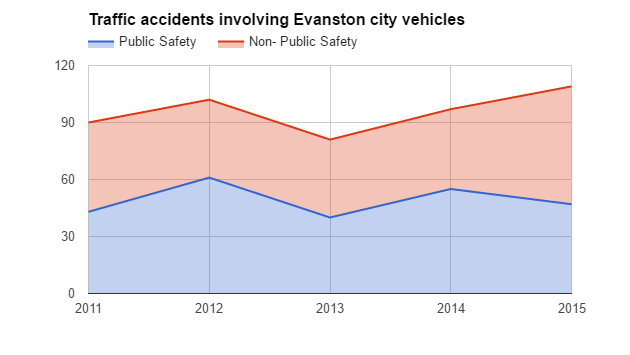 Based on police reports, city staff has typically concluded that in about 60 percent of the accidents the driver of the city vehicle could have prevented the crash by exercising better judgment or better driving skill, says Human Resources Division Manager Jennifer Lin.

Lin says that to try to cut the number of collisions, the city has increased safety training for employees and has become more diligent in disciplining workers who've been involved in preventable accidents.

But while total accidents are down dramatically so far this year — to 56 as of today — most of the decline has come in crashes considered non-preventable.

Projecting the results so far for the year as a whole, drivers of city vehicles are likely to have a total number of preventable accidents in line with the average for recent years, while accidents where the other driver was at fault would be down by more than half.

Lin says the city paid out $38,635 in claims involving traffic accidents last year and spent $56,723 on repairs to its vehicles damaged in such incidents.

The Evanston City Council earlier this month voted to buy a wireless vehicle tracking system for 167 non-public safety vehicles in the city fleet.