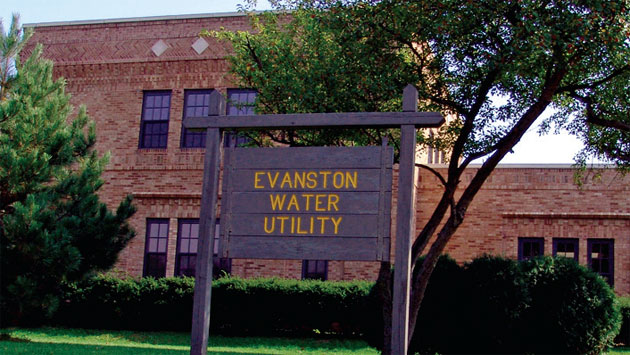 Evanston officials say they need to boost rates charged residents for water nearly 33 percent over the next three years to pay for capital improvements to the water system.

Utilities Director Dave Stoneback outlined a plan to hike rates 10 percent in each of the next three years at the City Council's Administration and Public Works Committee meeting Monday night.

Stoneback says the average homeowner now pays $192 a year for water service. Under the plan that would rise to $255 by 2016.

Sewer rates, which now average $454 a year, would remain unchanged.

Stoneback says the city will need to issue an average of $5 million a year in water bonds for the next 20 years to replace 51 miles of water mains that are more than 100 years old and make other improvements.

Sewer fund expenses are expected to be somewhat lower for the next three years than they are this year as bonds taken out over the last few decades to fund projects designed to reduce flooding during storms start to be paid off.

Rates are based on the amount of water consumers use. That has been generally declining for more than a decade, but the city projects that it will remain essentially unchanged for the next three years.

Evanston's combined charge for water and sewer service now is slightly above the average for similar communities across the region, according to figures Stoneback provided to aldermen. But with Chicago scheduled to increase its rates to suburban customers by 15 percent in 2014 and again in 2015, he expects Evanston to end up slightly below the regional average by 2016, even with the proposed increases here.

He said Lincolnwood may sign up for Evanston water by the end of this year and that several more towns could be added later, assuming they agree to collaborate on building a regional transmission main.