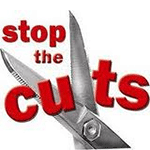 Evanston Mayor Elizabeth Tisdahl and other city officials are urging residents to lobby state lawmakers not to cut state aid to local governments.

The legislature is scheduled to complete work on the state budget this week and is considering reductions in what's called the Local Government Distributive Fund — cuts that the mayor says could cost Evanston $450,000 to $860,000.

Tisdahl says Evansston has cut millions of dollars from its budget in recent years, and new cuts from Springfield would force the city to cut services or increase property taxes.

“If these reductions are included in the state budget, then the City of Evanston will be faced with some daunting decisions affecting the whole community. Vanishing funds will equate to loss of jobs, loss of programs and reduced services,” Tisdahl said in a statement.

Two state senators and three state house members represent different portions of Evanston. You can learn here which ones represent you.

“I urge residents to contact the five state elected officials who represent Evanston and urge them to keep Evanston whole and resist the temptation to cut the LGDF.”