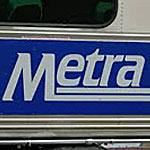 The city is asking its citizens to use a Metra survey to lobby for improvements to aging viaducts in Evanston.

Specifically, it wants you to use the open-ended comments portion of the survey (Question 10) to urge the transportation agency to fix unsightly and potentially unsafe viaducts that cross major city streets.

The city has already made progress on viaduct improvements with the Chicago Transit Agency, but now it would like to get Metra to do the same with its viaducts, and it feels that community input on the survey will help Metra to put those improvements higher on the priority scale as it does its strategic planning.