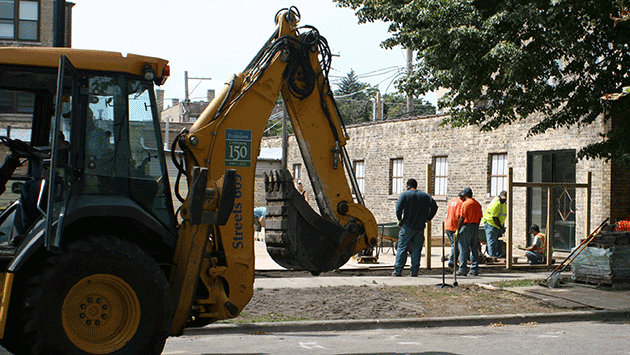 Officials say the city — which owns the building — undertook the project after the restaurant owners were unable to find a qualified private contractor to do the work. 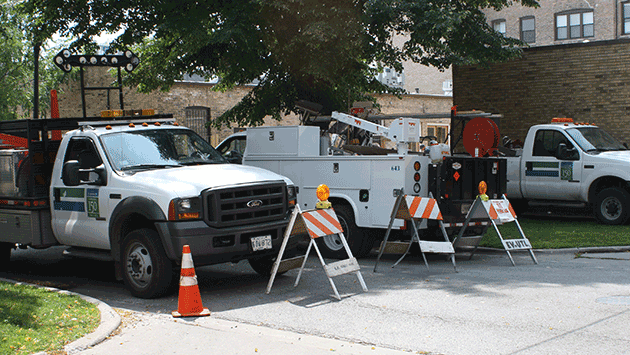 At least 10 city workers and nine city vehicles were at the Peckish Pig project Saturday afternoon.

Economic Development Division Manager Johanna Nyden says the city crews worked outside of normal hours — one or two evenings and then two or three Saturdays — starting in mid-July to complete the project.

Nyden says the initial cost estimate to have the city do the project was $16,000 — but that final figures haven't been calculated yet.

That appears to be a very favorable cost estimate, since a landscaping website estimates the cost of brick patios at $12 to $25 per square foot. The restaurant's patio area totals roughly 3,000 square feet, which would work out to a cost of $36,000 to $75,000. How much of the patio was surfaced in other materials couldn't immediately be determined. 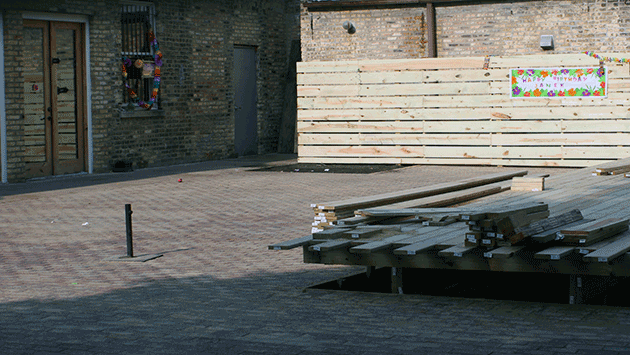 Some work remained to be done on the patio this morning.

City Manager Wally Bobkiewicz says that since the restaurant was having difficulty getting the work done, "I decided it was in the best interest of the city's ownership of the property to get the patio up and running."

Nyden said Peckish Pig's owners will be billed by the city for the work, but she wasn't clear on whether they would be paying for it this year, or only if-and-when they exercise an option in their lease to purchase the property.

In its effort to stimulate economic activity on Howard Street, the city last year spent $200,000 of tax increment financing funds to upgrade the building at 623 Howard Street that now houses the restaurant. 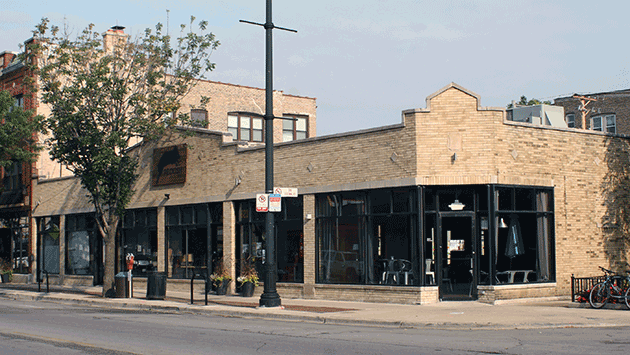 The front of the restaurant today …

The city also agreed to let the restaurant owners buy the property after four years for its $475,000 appraised value before renovation plus the $200,000 in TIF funds. The agreement also provided free rent on the property for the first 18 months of the five-year lease term. 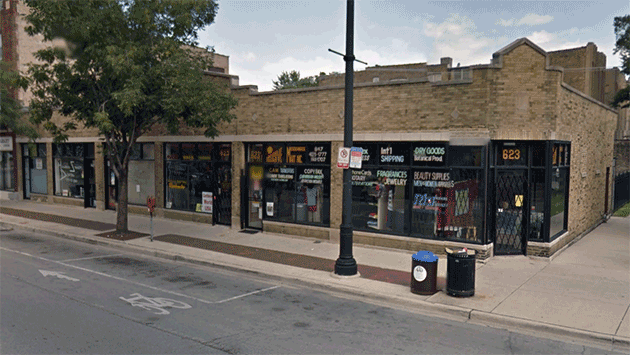 … and what the building looked like before the city bought it (Google Maps image).

The City Council voted to authorize Bobkiewicz to negotiate details of the lease and the TIF agreement. Those agreements were signed in March 2013.

The new deal for the patio was not brought before the City Council for approval.