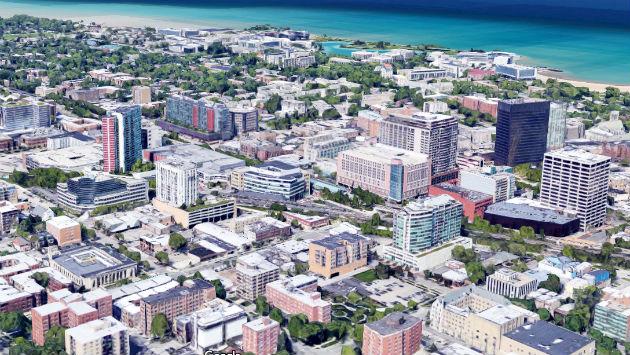 Evanston aldermen Monday are to consider revisions to the city’s inclusionary housing ordinance that would offer developers greater height and density but require more construction of on-site affordable housing in return.

The 19-page ordinance would vary the bonuses offered by zoning district.

Downtown and commercial districts would offer increases in floor area ratio and density.

The existing ordinance seeks to have 10 percent of units in new developments be affordable, but gives developers the option of paying a $100,000 fee in lieu for each affordable unit not included in the project.

In addition, developers of rental projects would have to include at least 5 percent affordable units on site and would receive additional incentives if they built the full 10 percent on site.

Condominium developers, who the city’s legal staff believes can’t be legally required to provide on-site units, would see their fee in lieu rise to $262,500 downtown and $225,000 elsewhere.

The ordinance revisons were developed during a year-long process by an Inclusionary Housing Ordinance Subcommittee of the City Council.