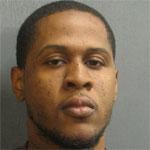 A federal judge has dismissed five of seven claims in a federal lawsuit filed againt the City of Evanston by a man acquitted in a murder case.

Judge Amy J. St. Eve ruled that John A. Bamberg Jr. had waited too long to file claims that officers falsely arrested him for the Sept. 30, 2010, murder of 23-year-old Marcus Davis and conspired to deprive him of constitutional rights.

St. Eve said the statute of limitations requires that those claims be filed within two years, but Bamberg had waited more than three years, until Oct. 24, 2013, to file his suit.

She also dismissed his claim of intentional infliction of emotional distress, saying it had to be filed within one year of the arrest.

Judge St. Eve also dismissed claims that Bamberg was denied procedural due process and that the officers' actions were part of an official policy directing such deprivations of constitutional rights saying he had failed to provide sufficient evidence to support those claims.

But she allowed Bamberg's attorney, Anthony J. Peraica, the opportunity to refile those allegations.

The judge's ruling leaves in place Bamberg's claims that he's entitled to indemnification from the city for its officers' actions and that he was subject to malicious prosecution.

A hearing on the case is now scheduled for May 12.