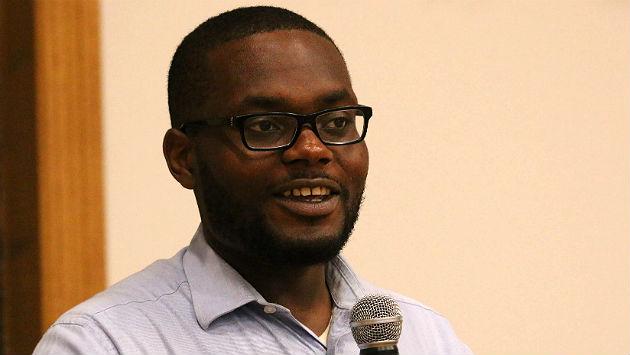 Evanston City Clerk Devon Reid was arrested at the Evanston police station Wednesday morning on a warrant issued by Illinois State Police alleging he failed to appear in Will County Circuit Court.

Evanston Police Cmdr. Ryan Glew says Reid was at the station for a meeting on city business. He says that when officers became aware of the outstanding warrant, they were obliged to carry out the arrest.

Glew said he couldn’t confirm the nature of the charges that led to issuance of the warrant, but based on the fact that it was issued by the state police, he believed the matter was probably traffic-related.

A state police spokesman was unable to immediately provide details about the charges.

A previous out-of-town arrest of the clerk on a traffic charge became an issue in his 2017 campaign to become city clerk.

In that incident, Reid was arrested in Oct. 9, 2015, while driving in the McHenry County village of Lake in the Hills.

He was charged with driving on a suspended license and operating an uninsured motor vehicle.

During the campaign Reid said he knew he had an unpaid traffic ticket from a prior incident but wasn’t aware that his license had been suspended.

Reid gained favorable publicity for his campaign after he was arrested for failing to identify himself to an officer while collecting petition signatures on a downtown sidewalk.

Two officers involved in that incident were placed on leave and one later took early retirement.

Reid also was arrested for driving on a suspended license by Evanston police on Feb. 13, 2018.

Update 10:45 a.m.: Reid declined to discuss the arrest when reached by phone this morning and refused to answer a question about whether he currently has a valid drivers license.

He emailed statement that alleged that the warrent inaccurately claimed he was armed and dangerous.

Update 2:55 p.m.: Will County Circuit Court records indicate that Reid, 26, was arrested by state police for driving on a cancelled, revoked or suspended registration on Jan. 10 and released on a $1,500 personal recognizance bond.

The records indicate he failed to appear for a court hearing on Feb. 20 and a warrant was issued with bail set at $5,000.

They indicate he also failed to appear at a hearing April 3 at which proof of notice of the hearing was found and his bond was ordered forfeited.