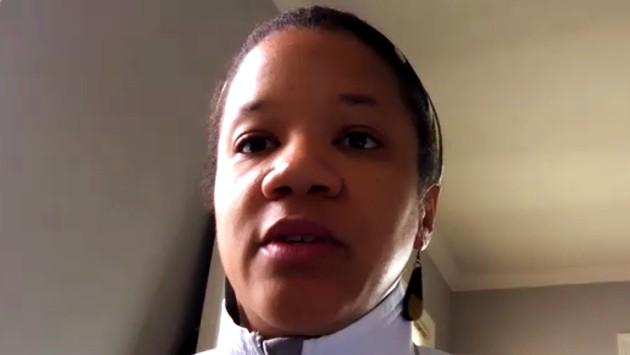 A proposal from Alderman Robin Rue Simmons to limit a home-buyer assistance program to the west side of her 5th Ward came under criticism from City Clerk Devon Reid at a Reparations Subcommittee meeting this afternoon.

Rue Simmons said during the meeting conducted by teleconference that she wanted to limit the program to her ward because it was residents of that ward who were most impacted by discriminatory housing policies in the past.

But Reid said that would continue the pattern of segregation that those housing policies created rather than solve the historical harm.

“Its almost as if you’re redlining again,” Reid said, if the city only helps blacks to buy houses in the west end.

Reparations, he said, should support black residents who want to buy homes in the 8th or 6th or 3rd wards, he added, rather than only purchases “in an already segregated community.”

Rue Simmons said that given the limited funding available for the reparations program and the wide array of possible goals, she believed the funds hsould be focused “on the area that was harmed.”

The proposal discussed by the committee would provide black would-be home buyers with a forgivable loan or grant of up to $10,000 to assist them in purchasing a home.

Deputy City Attorney Nick Cummings said he had experience drafting such programs in a prior job and would work with the committee to refine the details of the proposal.

Committee members, who, in addition to Rue Simmons, include Alderman Peter Braithwaite, 2nd Ward, and Ann Rainey, 8th Ward, are still hoping to come up with a final proposal to present to the City Council next month.

The Council has agreed to fund a reparations program with up to $1 million a year in revenue from a tax on marijuana sales that the city should start receiving in September.