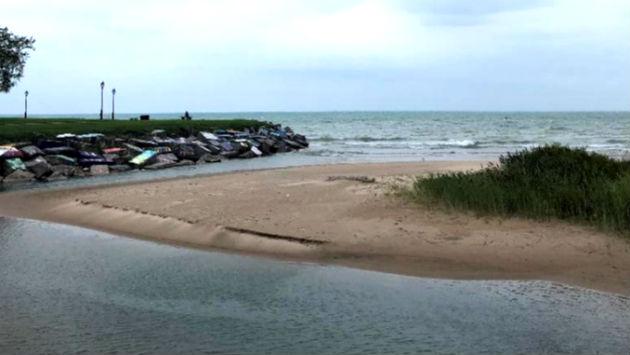 The Evanston City Council is scheduled to vote tonight on a plan to reduce the effects of climate change in the community.

The Climate Action and Resilience Plan outline plans for a number of sustainable measures including carbon neutrality by 2050, 100 percent clean and renewable electricity by 2030 and zero waste by 2050, among other goals.

Further action by the Council would be required for the city to actually implement the plan’s goals, and the plan does not provide estimates of the cost of achieving its goals.

City Manager Wally Bobkiewicz says he plans to have a discussion with aldermen about implementation priorities in March and to have more information about costs then.

“The Climate Action and Resilience Plan demonstrates the many ways in which Evanston is leading in Illinois and the Midwest in particular on climate action,” said Kumar Jensen, the city of Evanston’s sustainability coordinator. “CARP provides clear direction on how Evanston will achieve these measures by 2050.”

The City Council’s Human Services Committee recommended approval of the plan on a 5-0 vote last Monday.

Jensen says CARP prepares the community for the impacts of climate change through climate mitigation and resilience focused on six areas:

Under the plan, commercial buildings should adhere to best practices put forth by such certifying agencies as LEED, Passive House, Green Globes, Living Building Challenge, American Institute of Architects 2030 and Enterprise Green Communities.

Renewable Energy
CARP details achieving a goal of 100 percent renewable energy electricity supply for all Evanston properties by 2030. Properties should use wind, solar or geothermal installations.

Zero Waste
The plan will reduce waste by requiring businesses to donate, reduce, reuse, or compost their unsold food, require recycling at all properties, and eliminate petroleum-based, single-use plastics to achieve an ultimate goal of a community waste diversion rate of 100 percent from 2017 levels.

Transportation and Mobility
The transportation sector accounted for 17 percent of Evanston’s energy emissions in 2017. CARP mandates that by 2035 all buses and fleets based and operating in Evanston will be 100 percent electric. It also allows for expansion of pedestrian walkways and bike lanes and changes in the building code to reduce parking and discourage driving.

Urban Canopy and Green Space
Under the plan, Evanston will plant an additional 2,000 trees by 2030, reduce pesticide use, especially in public places such as parks, and encourage planting and preserving native plant species.

Outreach, Education and Behavior Change
The average carbon footprint in the United States is 16.2 MTCO2e, which is double the average in Europe and almost 10 times India’s average. CARP’s goal is to reduce Evanston residents’ carbon footprint by incremental levels—10 percent by 2025, 25 percent by 2035 and at least 50 percent by 2050—through education in schools, a “Green Me, Green E” publicity campaign and public recognition of sustainable business practices.

“We’re very excited about ideas and projects that are thinking holistically about sustainability,” Jensen said.

In November, the Fourth National Climate Assessment, a 1,656-page report detailing the scientific, social and economic implications of climate change, said climate change is a real, tangible threat to human existence, although the president’s policies have not reflected these findings.

Hagerty is one of the Sierra Club’s “Mayors for 100 Percent Clean Energy,” a group of 206 mayors nationwide who have adopted goals to transition to 100 percent renewable energy in their municipalities no later than 2035. He is also part of the Compact of Mayors, a global coalition of 648 city leaders dedicated to making more sustainable communities.

In September 2017 the City Council at Hagerty’s request established the Climate Action and Resilience Plan Working Group that has worked since then to develop the plan the aldermen are scheduled to vote on tonight.