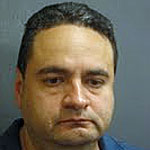 The Cook County State's Attorney's office has charged an Evanston business owner with purchasing thousands of dollars worh stolen jewelry and other valuables.

James Coello, 47, of Chicago, appeared in bond court today on the felony charges following a joint investigation by the state’s attorney’s office and Evanston police.

Police began the investigation about six months ago after being told that merchandise stolen in home burglaries was being purchased at Coello’s store.

Police say that undercover officers, posing as burglars, began taking items into North Shore Coin to sell, suggesting to him that the items were stolen and noted that Coello was not recording the sales or requesting identification from sellers.

They say Coello assured the undercover officers he would not reveal the source of the goods and further assured them that he always melted the valuables down quickly.

During a subsequent meeting, an undercover officer told the defendant that he had purchased his sale items from another burglar but that he also sometimes steals things himself.

Coello advised him that it was better to be a middleman than a burglar because they typically faced less serious charges when caught. On another occasion, the defendant advised undercover officers not to steal near Evanston and not to tell anyone else about his business.

During the course of the investigation, officials say, Coello was recorded buying thousands of dollars worth of purportedly stolen merchandise that included watches, gold and silver rings, coins, necklaces, and other valuables.

On Tuesday, Evanston Police and the Cook County State’s Attorney’s Office executed a search warrant on North Shore Coins and recovered property that had been reported stolen in recent area burglaries.

Coello appeared in court today at the Cook County Criminal Courthouse in Skokie where bail was set at $250,000 and his case was continued to Oct. 18 for a preliminary hearing.  He faces a mandatory minimum prison sentence of 6 years if convicted.

The North Shore Coins website now says the store is "closed for remodeling."