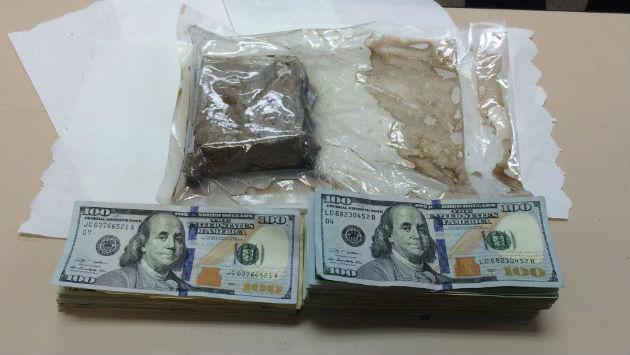 Evanston police say they recovered over 10 ounces of cocaine and $6,000 in cash as a result of a traffic stop overnight.

Update 11:55 a.m.: Cmdr. Joseph Dugan says that about 11:20 p.m. Saturday an officer on patrol stopped a car at Green Bay Road and McCormick Boulevard because it only had one headlamp lit.

Dugan says that as the officer was speaking to the driver, the driver put the car into gear and floored it, but the car stalled and the driver fled from the car on foot carrying a white object wrapped in plastic.

During the foot pursuit that followed, officers say they saw the drive throw the object he was carrying into the North Shore Channel.

Dugan says that after capturing the fleeing driver the officers recovered the package he'd been carrying and found that it contained about 290 grams of suspected cocaine.

He says the officers also recovered about 3.7 grams of suspected cocaine from the subject's jacket along with over $6,000 in cash.

The man, 44-year-old Anthony D. Henley of Zion, now has been charged with felony unlawful possession of a controlled substance and unlawful possession with intent to deliver. He also was issued traffic citations for improper lighting and leaving a vehicle unattended in the roadway.