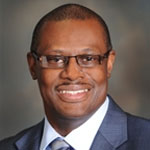 SPRINGFIELD — The silence of state Rep. Derrick Smith was a factor in his colleagues' decision to proceed with disciplinary action against him, according to members of a House committee that looked into allegations against the indicted lawmaker.

SPRINGFIELD — The silence of state Rep. Derrick Smith was a factor in his colleagues' decision to proceed with disciplinary action against him, according to members of a House committee that looked into allegations against the indicted lawmaker.

The state House of Representatives' Special Investigate Committee announced Wednesday that its probe is complete, and it believes reasonable grounds exist to pursue disciplinary action against the Chicago Democrat.

The six-person committee, which met three times since March, invited Smith and his attorney to confirm or deny allegations outlined in the federal indictment, but neither did so.

"In this process … we're entitled to infer something from his silence," said state Rep. Elaine Nekritz, D-Northbrook, committee chairwoman. "And I think that, based on the allegations in the complaint and that inference, the committee felt there was sufficient evidence to move forward and at least recommend to the next level."

A new House committee will meet within the next 30 days to begin deliberating what punishment, if any, should be given to Smith, who faces a federal charge of accepting a $7,000 bribe.

The new committee — the bipartisan Select Committee on Discipline — will be headed by state Reps. Lou Lang, D-Skokie, and Jim Durkin, R-Western Springs. It will have 12 members, or "jurors," who will be appointed from the House — six from each party. Lang and Durkin will "try" the case, and the jurors will hear the case, Nekritz said.

The jurors can make one of four recommendations: Smith can be exonerated, reprimanded, censured or expelled. Any recommendation of punishment must go before the House for a vote. A two-thirds majority is required for punishment to be handed down.

State Rep. Dennis Reboletti, R-Elmhurst, who was on the House special investigative committee, said the process was deliberative and exhaustive. He said the committee reviewed hundreds of pages of documents and testimony.

Federal prosecutors declined to provide the committee with any additional information, beyond what was in the public record, about their investigation.

Reboletti and Nekritz said the investigative committee did not want to wait for the criminal case against Smith to run its course. They noted that the Select Committee on Discipline can continue to accept new evidence and exhibits as it deliberates.

"The federal government has advised us we probably will not get any other evidence from them," Reboletti said. "And remember, this is not a trial to take away somebody's liberty. We're not going to put Rep. Smith in custody. We're looking at the integrity and ethics of the House.

"And so it's a civil measure based on our House rules that allows us to have this kind of hearing."

Nekritz said the committee thought it appropriate to proceed with the information it had.

"I think we felt that we had what we were going to get, and we made a decision on the basis of what we had," she said.

She added: "Personally, it saddens me that we're here today, not only personally, but on behalf of the institution — to go through this process with one of our members. I wish it were otherwise, but these are the cards we were dealt."