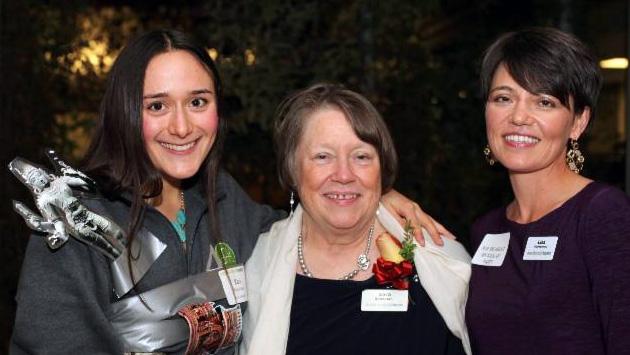 The event on Saturday, Oct. 26, at the Levy Center  paid tribute to Evanston's 150th anniversary year with a birthday cake design competition.

It also featured a comedy parody of the filme It's a Wonderful Life — rewritten to highlight the foundation's contributions to the community — and with local personalities cast in cameo roles.

Northwestern University Dance Marathon's executive board, attired in costumes representing an eclectic array of parties and experiences hosted by ECF board and staff, greeted guests and invited them to sign up for the programs.