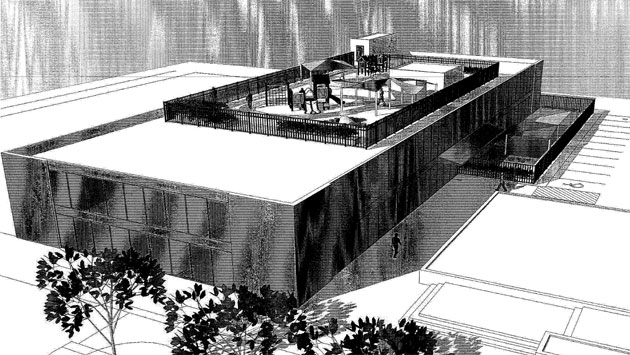 Despite complaints from competitors, a new child care center proposed for downtown Evanston won unanimous support from the Zoning Board of Appeals Tuesday night.

Bright Horizons, the for-profit company that wants to open the new center, needs City Council approval for a special use permit to operate at the 1629 Orrington Ave. site.

The two-story building, part of the development that also includes Evanston's tallest building, the 1603 Orrington tower, has been vacant for a decade. It previously housed a Border's bookstore, and before that a Walgreen's drug store.

The plan call for caring for up to 308 children, with infants and toddlers on the first floor and three- and four-year-olds on the second floor.

Bright Horizons would add a play area for the youngest children on the plaza between the building and a parking area, and one for the older kids on the building's roof.

The plans drew opposition from Martha Arntson of the Childcare Network of Evanston and Cass Wolfe of the Infant Welfare Society, representing non-profit day care providers in town. 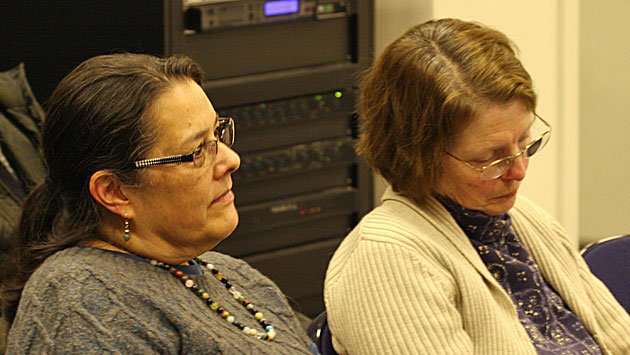 Top: An architect's rendering of plans for the new day care facility. Above: Martha Arntson and Cass Wolfe at the ZBA hearing.

Wolfe disputed claims by Bright Horizons that there is a shortage of day care slots in Evanston, especially for older children, and voiced fears that some non-profit programs would end up closing because of the new competition.

Arntson said "long-time Evanston centers run by people who know and care about the community may be forced out of business."

She said the non-profits reserve spaces for low income families who receive day care subsidies from the state. If those centers close, "where would they go for high quality child care?" Arntson asked.

But Debbie Brown, vice president for client services at Bright Horizons, said it was impractical to open a center just for infants and toddlers, because, given wait-lists at all the centers, parents would have to almost immediately start thinking about where to move their child once they aged out of the program.

No one wants to have their child get comfortable in a program "and then at age three be uprooted and start a new program," Brown said.

Brown also argued that there are big shortages of child-care slots in areas adjacent to Evanston, including the Chicago neighborhoods of Rogers Park and West Ridge and the Village of Skokie. She said both Bright Horizons and the non-profits in Evanston could draw enrollment from those areas.

Both sides cited a recent study of day-care demand in the state by IFF, a real estate consultant and lender to non-profits in Illinois.

ZBA Chair Lori Summers said that given that Skokie has a shortage of almost 50 percent of its potential demand for day care slots, "certainly more spaces could be accommodated."

The panel also found no objections to the physical plans for the site and concluded that all the standards for granting a special use permit had been met.

Update: The special use permit for the Bright Horizons site at 1629 Orrington Ave. was given final City Council approval on Jan. 21.