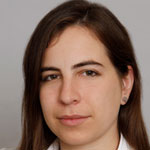 Nicole Immorlica, assistant professor of electrical engineering and computer science at Northwestern University, has been awarded a prestigious Sloan Research Fellowship for 2012 from the Alfred P. Sloan Foundation.

The $50,000 fellowships are awarded in the areas of chemistry, computer science, economics, mathematics, evolutionary and computational molecular biology, neuroscience, physics and ocean sciences.

Immorlica, a faculty member at Northwestern’s McCormick School of Engineering and Applied Science since 2008, is among 126 outstanding early-career scientists and scholars being recognized for their achievements and potential to contribute substantially to their fields. The recipients were chosen from 51 colleges and universities in the United States and Canada.

Immorlica’s research interests lie in the structure, formation and design of social networks and problems at the intersection of game theory and algorithms.

Last year she received the Faculty Early Career Development (CAREER) award from the National Science Foundation. With that support she is studying social networks: how they form, evolve and impact behaviors like cooperation and coordination. Understanding the theoretical properties underlying networks and the incentives they introduce is fundamental to creating well-designed and functioning systems.

The Sloan Research Fellowships have been awarded annually since 1955. Administered and funded by the Sloan Foundation, the fellowships are awarded in close cooperation with the scientific community. Potential fellows must be nominated for recognition by their peers and subsequently are selected by an independent panel of senior scholars.