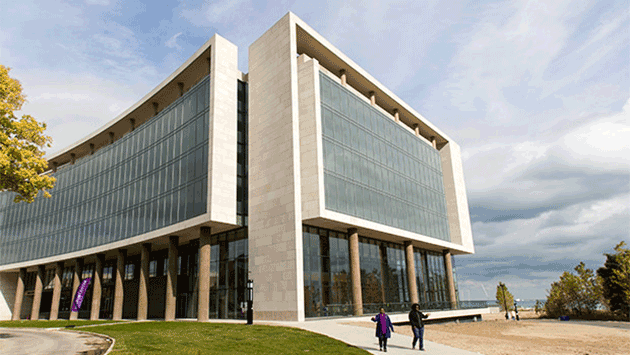 Some of the walking and biking paths around the Evanston campus of Northwestern that had been closed for construction have now been reopened, the university reported Thursday.

Specifically, walking, biking and driving routes around the fine arts area at the southern end of the campus have opened for public use.

The new gateway, with sweeping views of Lake Michigan and the Chicago skyline, opens onto a green space that will become a focal point for special events and recreation.

The southeast portion of the Evanston campus had been closed during construction of several major new facilities, including the Segal Visitors Center, the Sailing Center, and the Music and Communication Building.

The new biking and walking path restores the connection to the Evanston path at Campus Drive and winds north through campus along Lake Michigan.

Arts Circle Drive has reopened for vehicle traffic with an adjoining sidewalk. The roadway provides dropoff access for patrons of Northwestern arts facilities, including the Block Museum of Art, Pick-Staiger Concert Hall, the Wirtz Center for the Performing Arts, and the Music and Communication Building.

Parking for those facilities is available at the new multilevel garage atop the Segal Visitors Center and the existing South Beach parking structure.