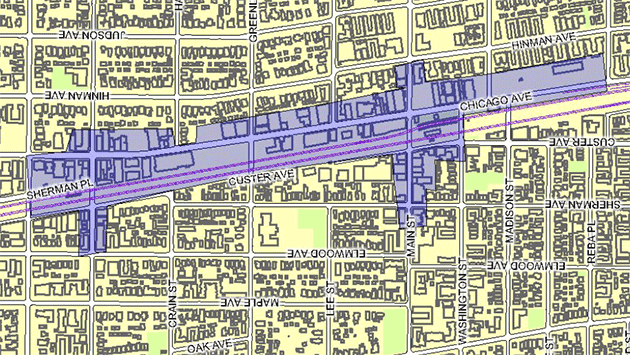 The tax district would be designed to promote two existing business districts, centered around Chicago Avenue's intersections with Dempster Street and Main Street.

The city awarded the $36,873.78 contract to Place Consulting, Inc. of Chicago, the only bidder for the job.

Alvin Price, who owns commercial properties in the Chicago-Main business district and is a former president of the Main Street merchants association, said at the Administration and Public Works Committee meeting that special service area tax districts have helped improve other commercial districts and that a district "would be a great benefit to this area."

The Dempster and Main street districts, Price said, "are operating below their potential now."

The proposal to create the special taxing district was developed by a group of merchants in the area and presented to an Economic Development Committee meeting last April.

The extra tax to support the district would generally be applied to only commercial properties within the district, but city officials say that some residential properties that also include commercial uses under the same property identification number might be subject to the tax.