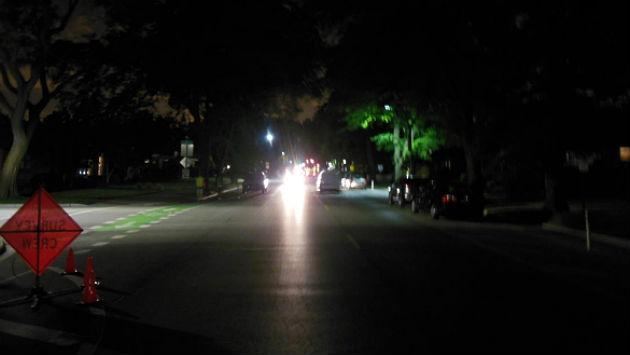 A new report from a city consultant says more than three-quarters of the areas tested in Evanston fail to meet industry standards for street lighting.

The report, from Christopher B. Burke Engineering Ltd., is scheduled to be discussed at a public meeting later this month.

Fairly typical of the 19 areas tested was Dodge Avenue between Washington and Seward streets, where the study found an average of 0,66 footcandles of illumination, just half the 1.3 foot-candle level recommended for a major strreet with medium pedestrian traffic under the standards of the Illuminating Engineering Society of North America. 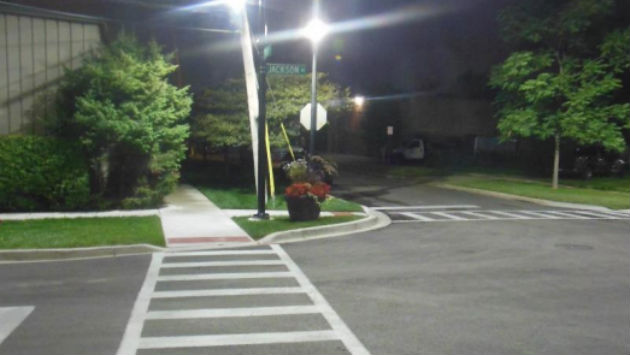 The only major street with medium pedestrian traffic that the report said scored well was the stretch of Green Bay Road from Payne to Simpson streets. The study found the actual lighting level there, of 2.28 footcandles, exceeded the recommended level.

That area recently got new lighting as part of the Green Bay, Ridge, Emerson reconstruction project.

The city currently spends about $141,000 a year on electricity to keep the street lights on and another $140,000 a year on equipment and maintenance.

It doesn’t have a capital improvement plan to replace the existing lights.

About 4,200 street lights in the city are the traditional Tallmadge fixtures, which the report criticizes as “providing excessive horizontal light, in the form of a glare.”

The report says the condition of the 107 power centers and distribution system used to control the the lights “is very robust and will allow for some future expansion of the lighting systems.”

The first of several planned public meetings to discuss the street light master plan study is scheduled for 7 p.m. on Tuesday, Nov. 28, in the Parasol Room at the Civic Center.

A notice from the Public Works Agency announcing the meeting says the project goals include addressing safety needs for all users of the transportation network, maintaining infrastructure aesthetics compatible with surrounding areas, curtailing light pollution and making the system cost effective and energy efficient.