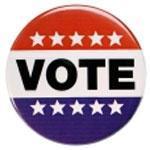 Both Evanston school boards will face contested elections for three members each on April 7, 2015.

Adrian Dortch, who ran unsuccessfully in 2007 for both the Evanston/Skokie District 65 board and the Evanston Township High School District 202 board, will try again this time.

Since 2007, Dortch has been a contestant, along with his sister, Daphne, on NBC’s “Biggest Loser” program.

Although he did not win the national competition, he succeeded in paring his weight down about 200 pounds and is now a fitness consultant. Dortch lives in the 400 block of Custer Avenue in Evanston.

In 2009, Dortch ran against Delores Holmes for 5th Ward alderman and lost by a three-to-one margin.

Dortch will vie with incumbents Omar Brown and Richard Rykhus, along with newcomer Jennifer Phillips, for the three spots on the District 65 board. Not running for reelection is former board president Katie Bailey.

All three incumbents on the District 202 board—Jonathan Baum, Mark Metz, and Scott Rochelle—are running for re-election, facing Andrea Mainelli of the 2800 block of Lincoln Street and Anne Sills of the 2200 block of Lincolnwood Drive in Evanston and Monique R. Parsons of the 8700 block of Trumbull Avenue in Skokie, as well as Dortch.

Each board has seven members. Terms of the other four members on each board will not expire for another two years.