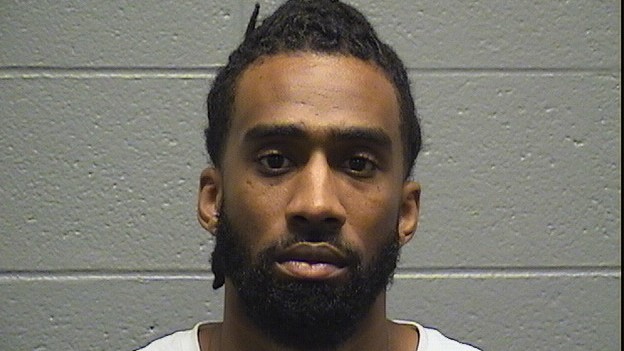 Evanston police say convicted murder Antoine B. Hill is back in the Cook County Jail after detectives making a traffic stop last Thursday found him in a car with weapons, ammunition and suspected narcotics.

Sgt. Ken Carter says the police stopped the car in the area of Ashland Avenue and Payne Street for a traffic violation about 8 p.m.

He says officers then noticed an odor of cannabis coming from the car and found the guns while conducting a search.

Hill, 34, of the 1700 block of Payne, was charged with being an armed habitual criminal, possession of ammunition and a firearm without a valid firearm owner’s identification card, violation of parole and failure to wear a seat belt.

Anthony Henley, Jr., 21, of the 1300 block of Fargo in Des Plaines, was charged with possession of open cannabis in a motor vehicle and traffic offenses.

A female passenger in the car was released without charges.

Hill and Pruitt are next scheduled to appear in court in Skokie on Aug. 31.

Hill was sentenced in 2006 to 18 years in prison for shooting Robert Gresham to death at The Keg bar in 2005 and was released on parole in September 2012.

He was arrested on charges of unlawful use of a weapon in July 2013, convicted and sentenced to 12 years in prison on those charges, but was paroled in February 2019.