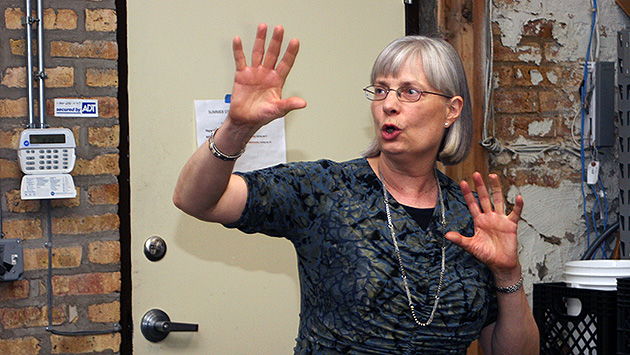 Now We're Cookin' owner Nell Funk said the shared kitchen space at 1601 Payne St. has 25 to 35 active users each month, a dozen of them new this year.

And she said that 40 percent of the non-farm vendors at the downtown Evanston Farmers' Market are current or former clients of Now We're Cookin'. 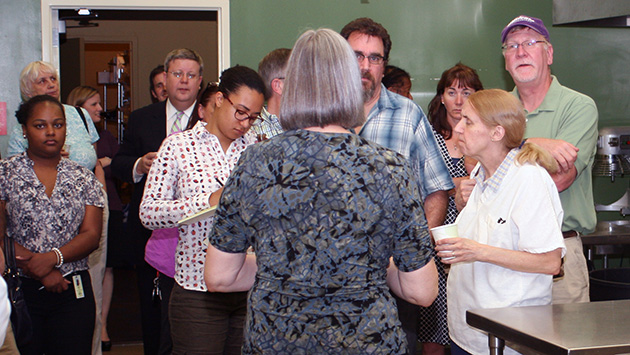 Top: Funk, in the building's combined loading bay and storage area, talks about plans to rent more space and knock out a wall to provide more storage space for the expanding businesses. Above: City Manager Wally Bobkiewicz, in suit, and EDC members listen as Funk describes how the kitchen space is used.

Food start-ups rent kitchen space for $25 an hour, with as many as three different businesses using different sections of the kitchen at a time, she said.

Funk said the money provided by the city is intended to both increase her business' capacity, and to provide coaching for the start-up food business owners to increase their chances of success.

A lot of the would-be entrepreneurs "are artists who don't have a business background," Funk said, and the project hopes to connect them with potential mentors and provide training and a community of other entreprenures as well as discounted vendor services and market exposure. 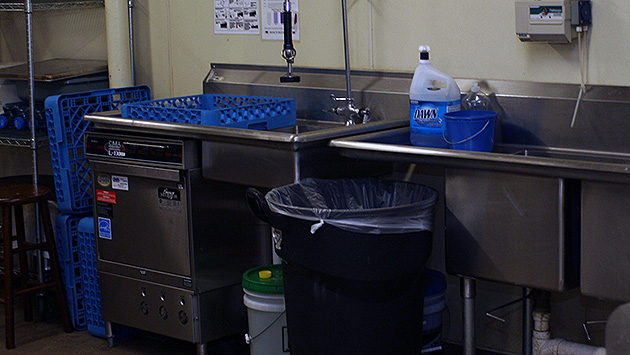 A new dishwasher that washes and sanitizes dishes in just three minutes increase the facility's capacity.

The city last July approved a $35,000 grant for Now We're Cookin' business incubator project, the start of what Funk hoped would be a three-year commitment totalling less than $140,000.

The money has been used for a variety of purposes — from buying a new high-speed dishwasher that makes it possible to handle more food production projects in the same amount of time to hiring a part-time incubator manager.

The committee is scheduled to get a formal request for second-year funding from Now We're Cookin' at its July meeting.