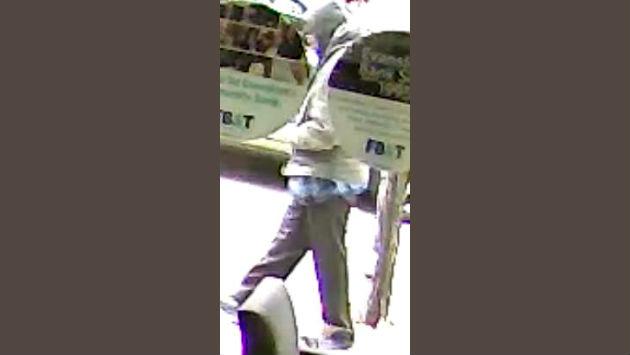 Evanston police are asking for the public’s help in identifying a suspect in an incident last week in which a man stabbed a dog being walked in the 800 block of Church Street downtown.

The incident happened at 12:12 p.m. on Friday, Nov. 23, Cmdr. Ryan Glew says, when a couple walking their Springer Spaniel was approached by a man who asked to pet the dog, but then produced a knife, stabbed the dog in the leg and fled.

The dog was taken to a local animal hospital and is expected to recover.

Glew says detectives investigating the incident have located an image, shown above, that’s believed to show the offender.

He says the suspect is described as a 40- to 50-year-old black male with a salt-and-pepper beard who’s about six-feet tall and weighs 180 to 190 pounds.

Police ask that if you recognize the person from the image. please call the Detective Bureau at 847-866-5040.