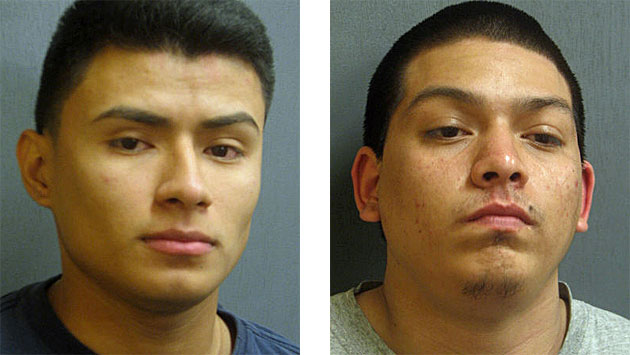 Two Chicago men are facing felony theft charges after they allegedly stole the wheels and other items from a car parked in the 800 block of Hinman Avenue early this morning.

Evanston police say officers responded about 2:45 a.m. to a call from a witness, who described someone seen taking the wheels off a Honda parked on the block, The officers stopped Ricardo Gaytan, 21, of 1804 W. Huron St. in Chicago, near the scene because he matched the description provided by the witness.

They also stopped a vehicle driving away from the area, driven by Angel Castrejon, 21 of 1911 W. Superior St. in Chicago. Cmdr. Jay Parrott says police found items taken from the Honda inside Castrejon's car along with tools used to commit the theft.

The two are scheduled to appear in Skokie district court at 9 a.m. on Nov. 7.