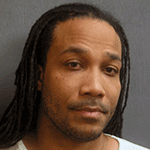 Evanston police say they found drugs and nearly $10,000 in cash when they executed a search warrant at 1029 Dodge Ave. Wednesday.

A resident of the apartment, Dion D. Smith, 38, has been charged with possession of a controlled substance with intent to deliver and other drug-related offenses.

The raid, which police say was based on informaton about illegal drug sales in the area, was carried out by the department's Special Operations Group.

Smith is scheduled to appear in Skokie district court at 9 a.m. April 21.