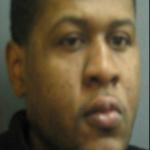 Evanston police discovered a loaded handgun in a car they stopped in the 1100 block of Dodge Avenue Sunday night, as well as a 2-year-old girl who was not buckled into her car seat.

As a result, they arrested John Bamberg, Jr., 31, of 1930 Brown Ave., on multiple firearm charges, as well as his companion, Elizabeth Granbery, 22, of 809 Brummel St., on a charge of child endangerment.

Bamberg appeared at a bond hearing Tuesday morning where bond was set at $50,000 in addition to electronic home monitoring if bond is posted.

Granbery, who police said was the child's mother as well as the driver of the car, is scheduled to appear in Skokie District Court on March 18 at 1:30 p.m. on the child endangerment charge.

The gun recovered by police was a loaded .357 magnum revolver, reported to be stolen out of Chicago.