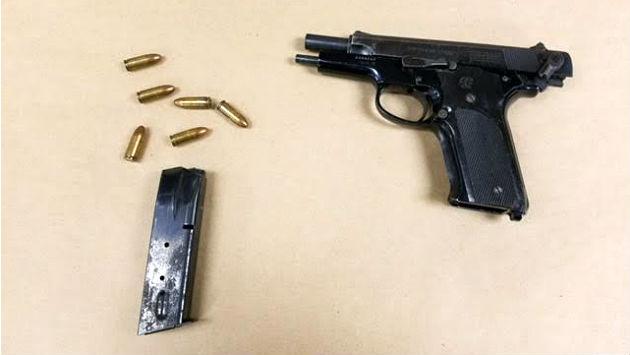 When the officers stopped the car in the 1700 block of Ashland Avenue, Dugan says, officers noticed an odor of burned cannabis coming from it.

Police asked the occupants to get out of the car, and as they did so, Dugan says, a loaded Smith and Wesson 9mm handgun fell from the waistband of one of the youths who’d been riding in the back seat.

A check of the gun revealed it had been reported stolen in Chicago.

Dugan says the youth who’d been carrying the gun is facing felony charges of aggravated unlawful use of a weapon and possession of a stolen firearm as well as a misdemeanor violation of not having a firearm owner’s identification card.