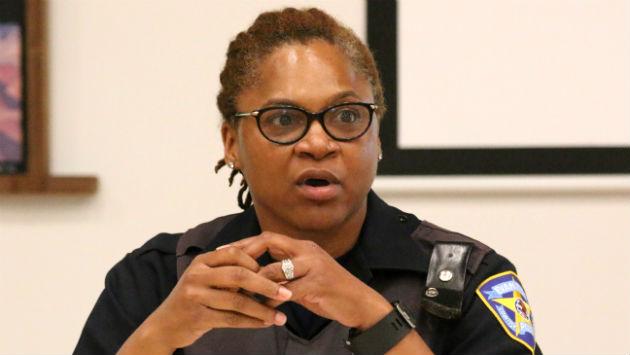 Evanston police officers, speaking at a community forum Tuesday evening said the fact that most of them don’t live in Evanston doesn’t mean they don’t care about the community.

In response to a question about whether the city should require officers to live in town, Officer Tanya Jenkins said she spends a lot of time volunteering in Evanston, though she doesn’t live here. “The only place I volunteer is in Evanston,” Jenkins added.

Cmdr. Mel Collier said that though he doesn’t live in Evanston, he’s been a member of the First Church of God on Simpson Street for more than a quarter century. 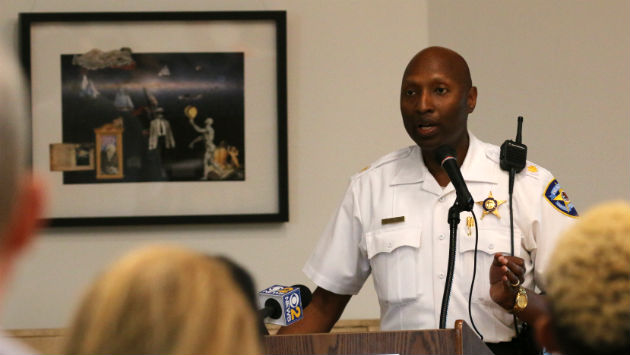 It’s difficult for police to afford to live in Evanston, Collier told the roughly 40 residents gathered in the Parasol Room at the Civic Center for the meeting, and only about five of the 160 officers on the force do live in town.

In addition, Collier added, it can be awkward for officers and their family members to live so close that they may run into people they’ve arrested in the grocery store.

Deputy Chief Aretha Barnes said family issues also make it difficult for officers to relocate. “My kids go to school on the south side,” Barnes said, “My spouse works in downtown Chicago.”

Cmdr. Brian Henry said he grew up in Waukegan where police used to be required to live in the city. 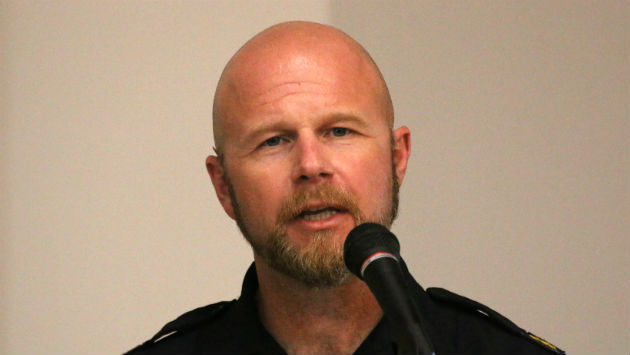 “They got rid of that mandate, because they were having too many problems. The officers all congregated, buying homes in one neighborhood, and were spending time at home instead of being out policing the streets,” Henry said.

Henry said that with a wife who works in Wisconsin, the commute would be extremely difficult for her if he had to live in Evanston.

Asked whether police believe that Evanston residents are supportive of the police, all the panel members — command officers and members of the problem solving team — said they do.

But they conceded that attitudes among patrol officers may differ.

Jenkins said patrol officers may have the impression that they are not backed by the community, but once officers are assigned to different units within the department “they have the opportunity to see that the community does have your back.”

Henry said, “It depends on what shift you’re on. I spent some time on midnights. You’re not getting a lot of sleep. And you’re having a lot of unpleasant interactions with people — domestic violence calls and other problems.”

“It’s much different than on day shift. When I went on days my perception changed. Going to block parties and other events, your interactions are so much more positive.”