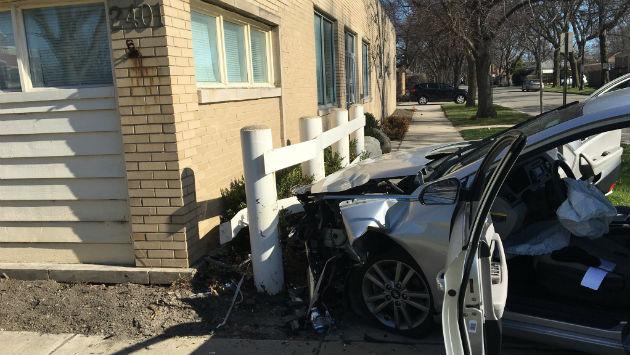 Evanston police say the driver of a car that crashed into a building at Main Street and Fowler Avenue Wednesday morning is being held without bond on felony charges of resisting arrest and attempting to disarm a police officer.

The incident began about 8:12 a.m. when an employee at the Chase Bank branch at 635 Chicago Ave. arriving for work called police to report that three people in a silver car in front of the bank were acting suspiciously, leading the caller to believe they might be planning to rob the bank when it opened.

During the investigation, Glew says, the officers observed what appeared to be the driver trying to conceal narcotics. The driver then sped off from the traffic stop.

A short time later, Glew says, an officer saw that the car had crashed into the building, which is about 1.7 miles away from the bank branch.

Glew says the driver, Ryan Mac Nab, 28, of the 8800 block of Northshore Drive in Des Plaines, fled the vehicle. Officers gave chase and were able to apprehend Mac Nab. 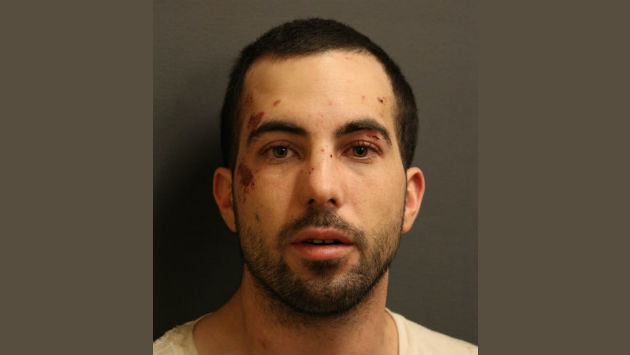 Glew says that while officers were attempting to take Mac Nab into custody he grabbed one of the officer’s gun while it was in the holster and Mac Nab was tased to thwart his effort to disarm the officer.

Glew says an investigation revealed that the suspicious activity outside the bank may have been related to a possible retail theft at the Walgreen’s in the same shopping center. The other occupants of the vehicle, a 46-year-old male resident of Evanston and a 32-year-old female resident of Chicago, had gotten out of the car at the shopping center. They were released without charges pertaining to this incident.