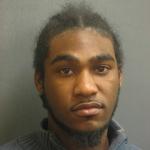 Evanston police confiscated about 365 grams of cocaine, both in powder form and rock, while executing a search warrant Monday at an apartment in the 700 block of Reba Place.

Miller, a convicted felon on parole, is scheduled to appear in Circuit Court in Skokie at 9 a.m. on Jan. 30.