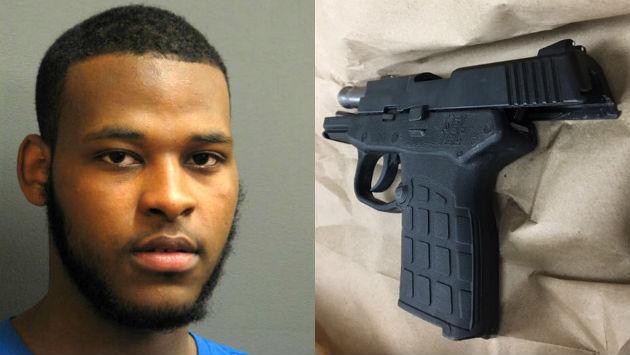 Cmdr. Joseph Dugan says a traffic officer stopped a car in the 1800 block of Ridge about 5:15 p.m. after noticing it cross the double yellow line.

Dugan says the officer smelled an odor of burnt cannabis coming from inside the vehicle, asked the driver and passenger to get out, and in patting down the passenger discovered a loaded Kel Tec 9mm handgun in his waistband.

The passenger, Corde D. Triplett, 18, of 8637 Trumbull in Skokie, was transported to the Evanston Police Department where he was charged with aggravated unlawful use of a weapon, possession of a firearm with an obliterated serial number and not having a firearm owner’s identification card.

The driver, an 18 year old Evanston resident, was issued a traffic citation and released.