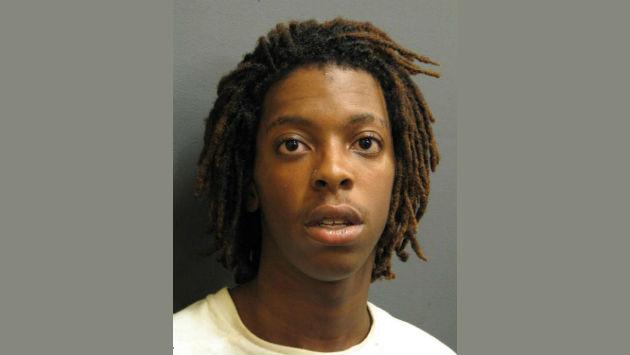 Evanston police say they used the locator app on a robbery victim’s cell phone to lead them to the man who stole it.

They found a 15-year-old youth who said he’d just been robbed of his iPhone and $25.

The victim said the two robbers had approached him on bicycles in the 800 block of Dobson Street and asked him questions about what grade he was in and if he was at the park earlier.

The victim said he kept walking and was heading north on Ridge Avenue when the two came up behind him on foot and tackled him to the ground.

Dugan says both kicked and punched the victim in the head and body and one removed his cellular phone and cash from his pocket before both fled on foot.

Using the locator app, Dugan says officers were able to track the stolen phone to an address in the 800 block of Dobson Street where they observed a male, now identified as Tristan Nichols-Sanders, who matched the description of one of the offenders.

He says Nichols-Sanders, 18, of 811 Dobson St., turned over the victim’s cellular phone and was taken into custody. The second offender, a 16-year-old male Evanston resident was also located.

Both now face a felony robbery charge, and Nichols-Sanders also faces a misdemeanor charge of contributing to the delinquency of a mnor.