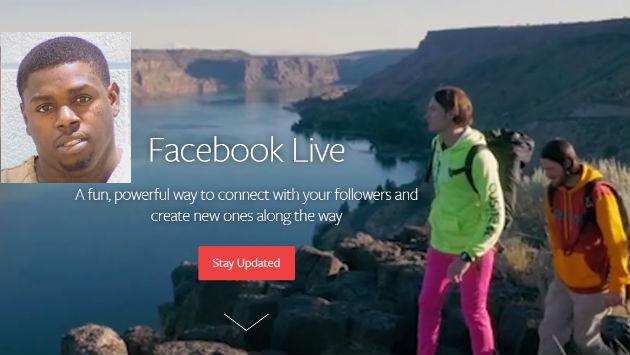 Ah, video streaming with Facebook Live. You could share your trip to the Grand Canyon — or, as Evanston Police allege, you could be like convicted felon Demarcus Curtis and broadcast your gun range target practice.

Curtis, in the thumbnail photo at left above, apparently didn't know that members of the Evanston Police intelligence unit monitor social media channels to learn about ongoing conflicts in the community.

On Wednesday, Police Cmdr. Joseph Dugan says, an investigator checking Facebook observed somebody he knew as an active Evanston gang member — and a convicted felon on parole — taking part in a Facebook Live video — shooting guns at a Winthrop Harbor gun range..

The investigator called police in Winthrop Harbor, who ended up arresting Curts, 25, of 1318 Fargo in Des Plaines, and Nicholas Mayfield, 25, of 3925 W. 167th St. in Country Club Hills, another felon who police say had been shooting at the range.

They've both now been charged with aggravated unlawful use of a weapon by a felon.