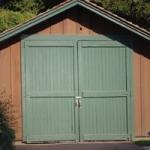 Evanston has all the ingredients to be the nation’s next Silicon Valley.That was the gist of remarks by speakers at a seminar on “Creating Jobs through Innovation,” held Saturday at the Kellogg School of Management’s James Allen Center on the Northwestern campus.

Evanston has a world-class research university (Northwestern) within its city limits, in addition to nearby access to the resident brains at other major academic institutions such as the University of Chicago, University of Illinois, DePaul, and Loyola.

It is adjacent to the diversity of a major world city, Chicago.

It has space in the Evanston/Northwestern Research Park to give fledgling companies the opportunity to explore the potential of innovative products and services…from cupcakes to nanostuff.

Okay, but what is Evanston lacking? Even though the Chicago area is a major world financial center, it does not yet have the mass access to venture capital that’s abundant at the real Silicon Valley in California, although the money is likely to come if the mass of startup companies should materialize, speakers at the seminar said. 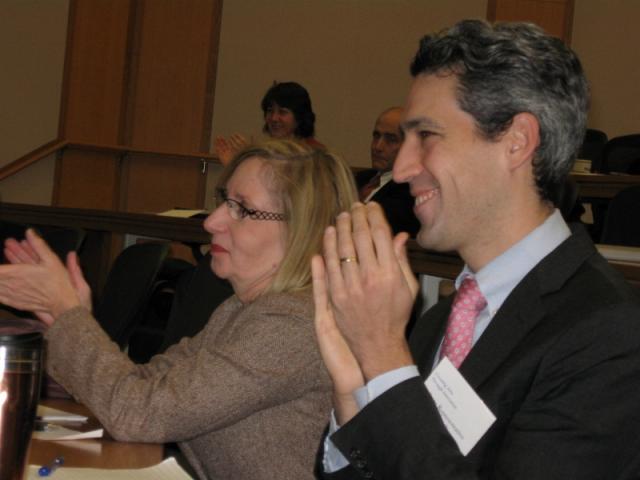 The brainchild of local state legislative representatives Robyn Gabel  (18th District) and Daniel Biss (17th District), the gathering was designed to focus the attention of the Illinois General Assembly on creating an environment that will attract entrepreneurs to the state that will start small, but grow to become significant employers in the area to take the place of former giants, such as Sears, that are being lured elsewhere.

And the state legislature has not yet provided the tax incentives to match those of other states that are in competition with Illinois for similar dollars. That was one of the major reasons for holding this innovation seminar at this particular time.

“Our goal,” said Gabel, “is to identify ways of growing research and development in the state.”

Biss summarized the objective in a single word: “Jobs.” He said he is hopeful that ideas generated at the seminar would help legislators understand the importance of creating “a new, high-tech innovative economy for Illinois” that would generate jobs to sustain the state for the long term. 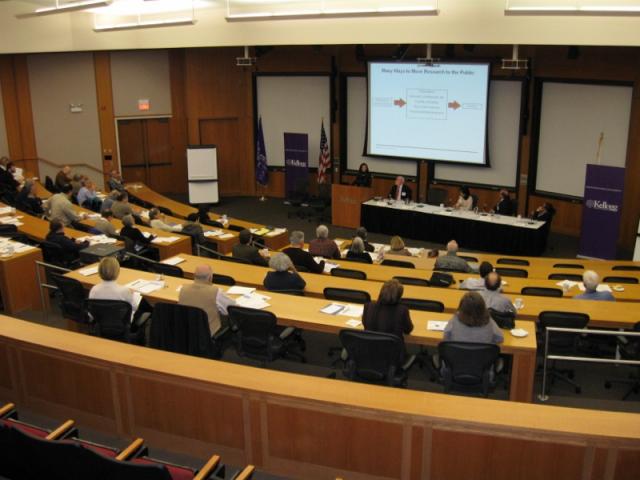 Top: The garage in Silicon Valley where Hewlett-Packard was founded. Center: Reps. Gabel and Biss. Above: About 50 persons attended the seminar in the McCormick Auditorium at the James Allen Center.

He did not have long to wait. One of the speakers in the first panel of the day was Daphne Preuss, co-founder and CEO of Chromatin, Inc., a biotech company that is using its proprietary technology and sorghum seed products to develop feedstocks for renewable energy markets.  Headquartered in Chicago, the company employs more than 100 persons worldwide, nearly a third of which are Ph.Ds, and has reached the $25 million mark in annual sales.

She said that Illinois imposes a greater paperwork burden on companies than do other states in which Chromatin operates. She noted that one routine tax form was bounced back to the company from Springfield because they left the period off the end of the company’s name.

Being an agricultural company, “Illinois is a great place for agriculture,” she said, but added that she regularly receives brochures from other states, particularly in the southeast, urging her to relocate.

Another speaker was David E. Miller, president and CEO of the Illinois Biotechnology Industry Organization (iBIO), a life sciences trade organization that comprises leaders from the private, public, and educational sectors. He distributed a document of eight ideas for what his organization describes as “Illinois’ Smart Agenda” for helping small companies thrive in Illinois.

His agenda includes such items as infrastructure and broadband, regulatory responsiveness, support for startups, and funding basic and applied research at the state’s colleges and universities.

One agenda item, in fact, closely matches one of the 10 ideas adopted last month by Evanston150. The iBIO list recommends that the state “maintain vocational, four-year, and community college curricula in fundamental manufacturing, processing, building, and trade skills to ensure a workforce with constantly renewed skill sets required in the service of a diverse innovation-based economy.”

This compares with the Evanston150 idea to “develop a vocational/co-op technical school serving a diverse population of students and residents. The school will integrate classroom study with practical work experience, providing training that connects to opportunities for employment in Evanston and the surrounding region.”

Several speakers noted that a critical mass of high-tech startups in an area helps all the companies to attract superior employees due to the high business risk involved in starting a new company.

As Chad Mirkin, director of the International Institute for Nanotechnology at Northwestern put it: “Silicon Valley has a tremendous pool of talented people. If one company doesn’t work out, an employee can find work with another company.”

Sona Wang, a venture capitalist with Ceres Venture Fund LP, contended that the bottom of the economic cycle is an ideal time to start a new company. She showed a picture of the garage in Silicon Valley where Hewlett-Packard began with initial capital of $538 and noted that such companies as Coca-Cola, Disney, and McDonald’s were all started during national recessions or depressions.

“In difficult times,” she said, “the opportunity to develop new products and services arises. This is a great time to embrace entrepreneurship.”

Miller summed up the day with these words: “We’re a sleeping giant. We can change things here. We can make our sleeping giant wake up.”