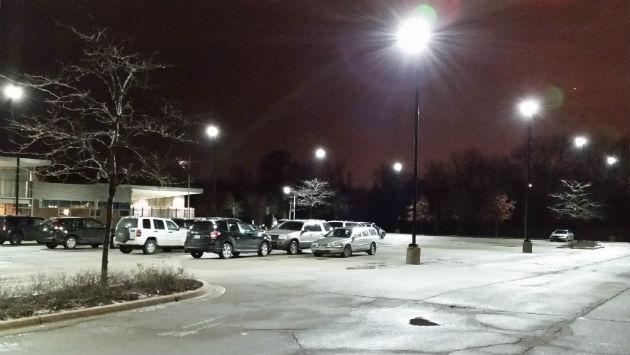 The American Medical Association says new LED street lights that are starting to be installed in Evanston could disrupt your sleep.

The group’s House of Delegates unanimously adopted a policy statement last June that says research shows the blue tone of many of the new lights can suppress production of melatonin, which in turn leads to a disruption of the body’s circadian clock with results including difficulty sleeping.

The medical group says LED lights can be good — because they reduce energy consumption and the use of fossil fuels. But it says communities should only use LED lights that have a color temperature of 3000K or less, because those have a warmer look, closer to daylight.

Nighttime light exposure has also been linked in some studies to an increased risk of several types of cancer. That has also led to calls for shielding glare from street lights from spilling into bedroom windows.

Dave Stoneback, director of Evanston’s Public Works Agency, says the LED lights the city has installed so far — in the parking lot in James Park and in another parking lot — have a color temperature of 4000K.

And he says 4000K lamps are also being used in the Green Bay-Emerson-Ridge project now being completed, because that contract required Illinois Department of Transportation approval, and IDOT’s standard is the 4000K lamp.

The city has also specified 4000K lamps for the test of a new Tallmadge-like street lamp on a section of Seward Street this spring.

But Stoneback says the city plans to switch to using 3000K lamps for the Fountain Square project that’s to go out to bids later this year.

When checked last night, the color cast by the new lights at James Park did not appear to be significantly different to the naked eye than that of numerous older davit arm street lights in use across the city.