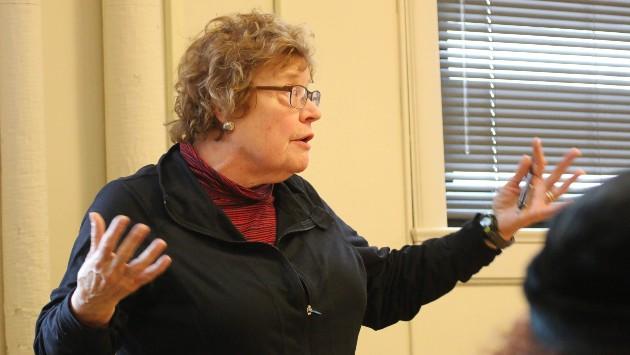 How zoning impedes affordable housing and whether rezoning could help provide reparations for past discrimination became a topic of discussion at Friday’s meeting of the Evanston City Council’s Reparations Subcommittee.

Carol Nielsen of 2100 Noyes St. said she sees at least four vacant lots as she walks her dog around her 7th Ward neighborhood and suggested they could be developed with affordable townhomes.

“We need to teach people that we can have neighbors who are different,” Nielsen said.

The current R1 zoning, adopted in the 1970s, sets a minimum lot size of 7,200 square feet in R1 districts. That is considerably larger than the size of many lots in the area — which had originally been platted and developed with relatively modest size single-family homes decades before.

The code has an exception that under certain circumstances would allow a single family home to be built on an undersized lot.

It strictly forbids construction of any multi-family dwelling in the R1 district, although the City Council last month modified the code to permit detached coach houses and similar detached accessory dwelling units, if they meet certain restrictions.

That still leaves bans on attached ADUs and other forms of multi-family housing in place.

Rainey said people in communities all over the country are working to change zoning to eliminate the restrictions inherent in R1 zoning.

But she said most people who live in R1 zoning districts don’t want to eliminate those restrictions.

She said there have been several instances in Evanston where proposals to change zoning in a particular area from R1 to R3, a zone that permits two-family homes, “has created trouble in the neighborhood, with neighbors fighting it.”

Rainey said she doubted that coach houses would be the answer to affordable housing, “because they’re going to be expensive to build,” and suggested more extensive changes to R1 zoning should be looked at.

Under traditional zoning approaches, R1 zoning tends to be applied to the most desirable land in a community and lead to construction of the most expensive homes there, while smaller, more dense and lower-cost housing is permitted only in less desirable areas.

Given disparities in income by race, that tends to exclude minorities from a community’s most desirable neighborhoods.