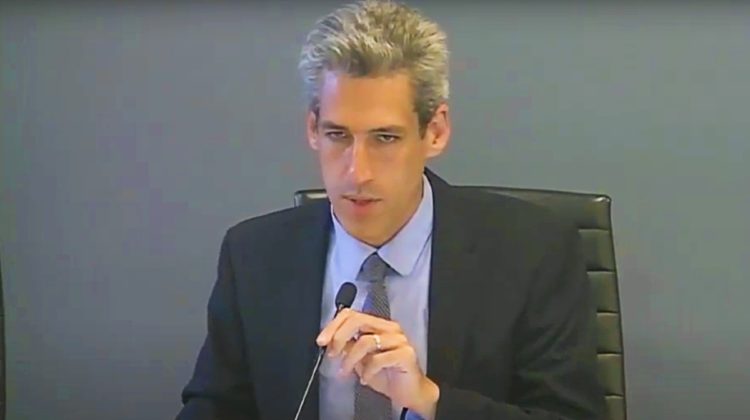 In the letter signed by Biss and the nine City Council members they apologize for “for a workplace culture that allowed sexual harassment to occur” and said they were “sorry that you had to experience oppressive, uncomfortable and dangerous behavior.”

The reports of harassment were first publicized in a WBEZ radio report last July, roughly a year after 50 lifeguards and other lakefront workers had submitted a petition to city staff complaining about inappropriate behavior that they said had occurred over a period of several years.

The city quickly announced plans to hire an outside firm to investigate the reports, but the firm that was hired has not yet submitted its report.

That led to demands by several residents for an apology from the council.

Mayor Biss stressed, after reading the apology letter, that “this letter is not an end, by any means, of our commitment of intent to take action.”

He added, “We anticipate that wee will learn a great deal” from the outcome of the investigation and “will follow that wherever it takes us.”

Biss also praised Ald. Devon Reid (8th) for spurring the effort to provide an apology and Ald. Jonathan Nieuwsma (4th) for helping draft the letter about “the emotional and difficult topic” that all members of the Council ultimately agreed to sign.

The full text of the letter as read by the mayor follows:

Thank you to all the brave community members and employees who stepped forward to share your experiences with sexual harassment while employed by the City of Evanston.

We believe your statements and are committed to preventing the sexism, sexual harassment, assaults, racism and discrimination you experienced.

We apologize for a workplace culture that allowed sexual harassment to occur and we are sorry that you had to experience oppressive, uncomfortable and dangerous behavior.

We apologize to your families, friends and the community of Evanston, both for the harms city policies and staff allowed to happen, and for our delay in issuing this apology.

When you showed the courage to come forward, you were not treated with the prompt compassion and respect you deserved.

As these incidents have come to our attention, residents understandably have lost some faith in the ability of their government officials to handle delicate and serious situations.

We take responsibility for the situation and will do everything in our power to right these wrongs.

Moving forward we must do better.

We have begun by implementing mandatory sexual harassment training for seasonal staff and will expand this to include participants and employees in the Mayor’s Summer Youth Employment Program.

We have also commissioned an independent investigation, which will help determine which actions and inactions led to this harm so that we can take additional corrective measures.
We will share the outcome of this investigation while protecting the identities of those who have experienced harm.

We are grateful to the organizations offering specialized help for anyone who experienced harm, and encourage any current or former employees to reach out to the contacts below

It is our goal that the entire City of Evanston should be a welcoming environment for everyone, employees and residents alike.

The city has fallen short of our expectations, and we are grateful for the courage of those of you who persisted in seeking accountability and transparency. Thank you for speaking out.

The City of Evanston government must, beyond everything else, keep our community safe, and we are committed to doing just that.