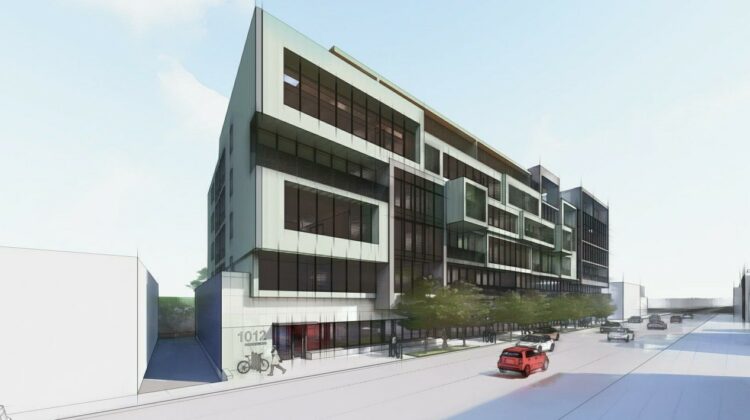 A rendering of the 1012 Chicago Ave. development looking northwest.

The Evanston City Council has given final approval to plans for a 116-unit apartment complex at 1012 Chicago Ave.

The property is now the site of a showroom for the Autobarn Nissan dealership.

The five-story building will include 10 on-site affordable units under the city’s inclusionary housing ordinance. It also has a covered amenity space on the roof that gives the appearance from the street of a sixth floor.

The project will include eight live-work units and retail space on the ground floor. Upper floors will have 16 studio, 80 one bedroom and 12 two-bedroom units. The building will have 58 underground parking spaces.

But Ald. Melissa Wynne (3rd), whose ward includes the site, said she was happy with the unit mix and that the developer had stayed below the height that would be permitted under the zoning code. Wynne added that there had been community support through the project throughout the review process.

The planned development was approved on a 9-0 vote.