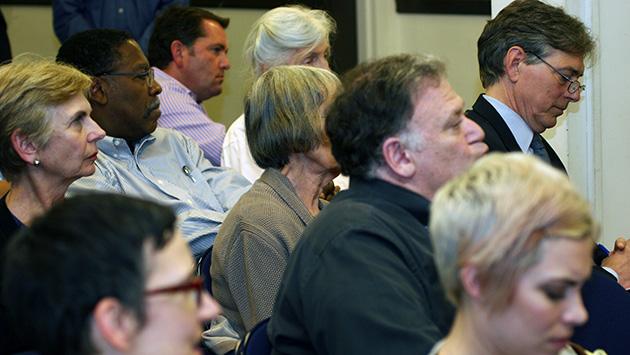 Dozens of supporters of a planned bed and breakfast at 1622 Forest Place turned out Monday night to see the Evanston City Council vote 7-2 in favor of the project.

The aldermen voted to reverse the Zoning Board of Appeals 4-2 vote against granting the special use permit needed for the B&B to open.

The supporters, who'd been absent from the ZBA session, easily outnumbered speakers who opposed what would be the second lakefront B&B in the city owned by billionaire Col. James N. Pritzker.

Many of the supporters said they had business relationships with Pritzker, but they uniformly argued that the bed and breakfast establishments would enhance, rather than detract from the neighborhood as the foes claimed. 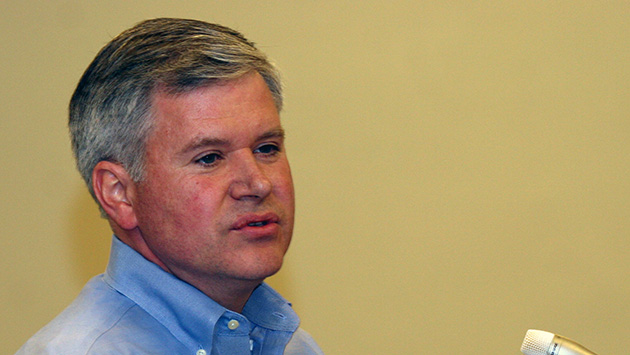 Top: Some of the crowd that turned out for the bed and breakfast debate. Above: B&B supporter Kent Swanson.

Kent Swanson, chief financial officer at developer Newcastle Limited, who lives in the neighborhood, said two homes have sold nearby for high prices in recent months — despite having one B&B, at 300 Church St., approved and the second one under consideration. 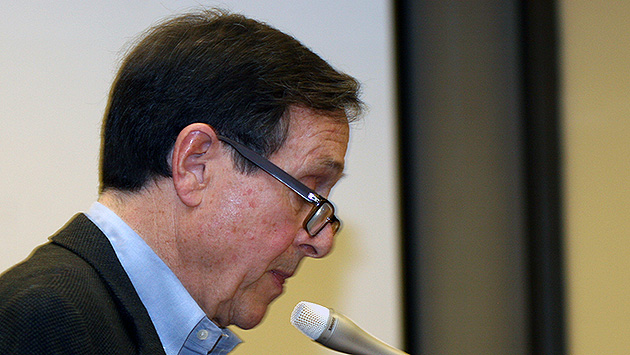 But Dave Reynolds of 204 Davis St., who owns the nearby Homestead hotel, insisted B&Bs would have a "negative cumulative impact" on the neighborhood, using the term from the ZBA's ruling.

Pritzker paid $2.8 million for the 1622 Forest property and has budgeted another $5 million or more to restore it.

Pritzker's attorney, Andrew Scott said room rates would be $150 to $300 a night. "The project is not meant to turn a profit, necessarily," Scott said, but to creat a legacy for Pritzker's children.

Opponents had noted that Pritzker has acquired two more properties on the block. Scott said Pritzker plans to use those as single-family rentals.

Alderman Don Wilson, who voted to approve the 1622 Forest B&B, signaled his reluctance to go much further.

He said having too many B&Bs would unfairly compete with other lodging establishments that need to make a profit.

"I don't think we're at that point," Wilson said, "but we are precariously close."

The council is scheduled to take a final vote on the special use permit for the 1622 Forest Place bed and breakfast at a meeting later this month.