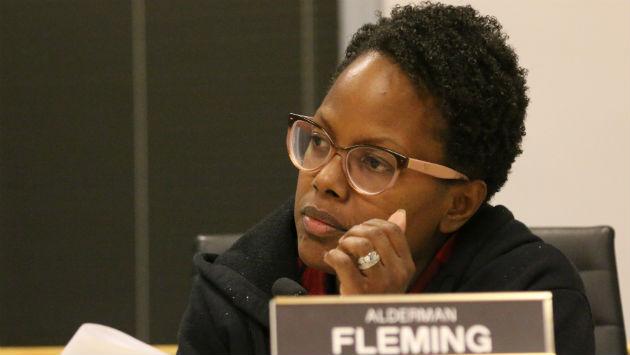 The Evanston City Council’s Rules Committee approved a new ethics ordinance Monday night after turning back a proposal to give the Board of Ethics authority to recommend penalties for violators of the code.

Alderman Cicely Fleming, 9th Ward, had proposed that change, but all the other aldermen present and Mayor Steve Hagerty voted to keep the decision about penalties in the hands of the City Council itself.

“I’m much more comfortable with the Council deciding on punishment,” said Alderman Don Wilson, 4th Ward, who chaired the subcommittee that developed the new ethics ordinance. “It’s like they’re the judge and we impose sentence,” Wilson said, referring to the board.

Hagerty added, “When it comes to something as serious as putting on a financial penalty, I think it should be the elected body that decides that.”

At the suggestion of Alderman Eleanor Revelle, 7th Ward, the committee voted to give Board of Ethics members two year terms, as opposed to the one-year terms proposed in the draft ordinance. The draft called for the board members to be eligible to serve up to four consecutive terms.

Ethics board members now serve a three year term and are eligible to be appointed to a second three-year term, the same pattern followed for most other appointed city panels.

Revelle suggested the one-year term would make the board members subject to retaliation if they made unpopular rulings.

Alderman Judy Fiske, 1st Ward, said nothing would prevent them from being renominated, and the annual review would help address problems of lack of quorums that the board has faced in the past.

Wilson said he would be OK with switching to two-year terms, noting that ethics complaints sometimes take several months to review and rapid turnover of board members could break up that process.

The committee voted unanimously for the two year terms.

The committee also directed the city’s legal staff to draft clarifying language for a few other provisions in the ordinance, but it rejected suggestions made by some speakers at public comment that aldermen should be barred from forwarding emails received from residents to anyone else without copying the sender on the forwarded message.

The proposed ordinance, some eight months in the works, now goes to the full City Council for final adoption, possibly later this month.

Panel wants outside counsel for ethics board (3/18/19)