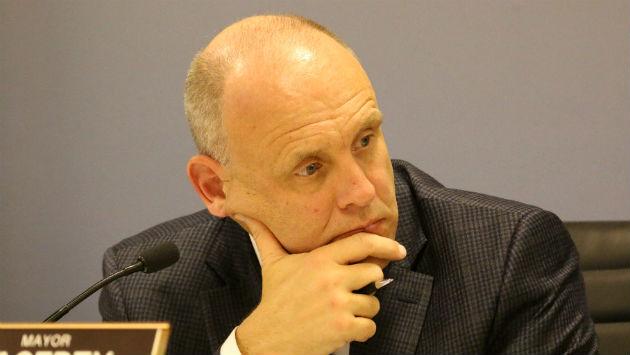 Evanston aldermen voted 8-1 Monday to extend through May 11 the local state of emergency declaration that gives Mayor Steve Hagerty additional powers to respond to the COVID-19 crisis.

Alderman Tom Suffredin, 6th Ward, cast the lone negative vote. He asked Hagerty whether the mayor had taken any actions beyond what Gov. J.B. Pritzker has ordered in the governor’s statewide emergency declaration.

The mayor replied that he hadn’t, but said that under the local emergency declaration he could, for example, order closure of the lakefront if people violated social distancing rules.

That’s a step that Chicago Mayor Lori Lightfoot took, but Hagerty has said that so far that step doesn’t appear to be necessary here.

Hagerty said lifting the local state of emergency might also give residents a false sense that we’ve already defeated the pandemic, when “there’s still a lot to do to flatten the curve.”

Hagerty said there remains a need to constantly monitor data about infections and to be able to move quickly if it’s necessary to make closure decisions.

The emergency was initially declared by the mayor on March 15 and was later extended by the City Council, which initially chose an expiration date of April 13 for the resolution.

As did the previous expiration date, the new one falls on the night of a scheduled City Council meeting.

The governor’s state of emergency declaration is currently scheduled to expire at the end of April, but there’ve been indications that it is likely to be extended, though perhaps in modified form.